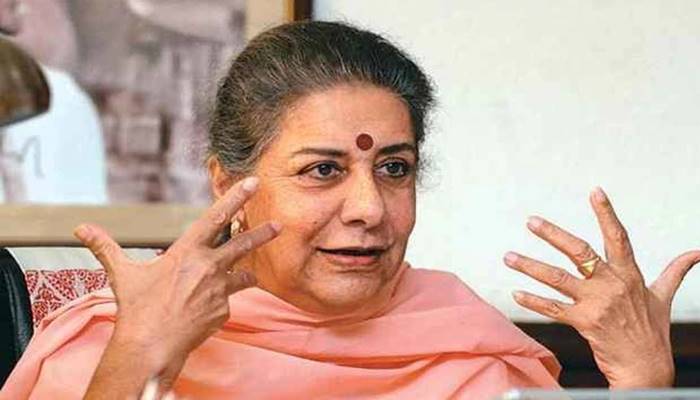 New Delhi – Senior Congress leader Ambika Soni has turned down the offer to be the next Chief Minister of Punjab. Captain Amarinder Singh stepped down from the post of Chief Minister on Saturday ahead of the meeting of party legislators in the faction-ridden state unit as the party high command decided to effect a change of guard in the state. This development came ahead of assembly polls early next year.

Punjab CM face should be a Sikh

Speaking to the media persons here on Sunday, the Rajya Sabha member said: “I have declined the offer to be the next Punjab CM. I believe Punjab CM face should be a Sikh.”

“Party’s exercise is going on in Chandigarh with the general secretary and observers are taking views of all MLAs. The announcement will be made today,” Soni said.

Who is Ambika Soni?

The name of Soni came up as she is one of the senior-most leaders of the party, both Captain Amrinder Singh and Navjot Singh Sidhu have much respect for Soni.

Soni has been Rajya Sabha member from the state several times and belongs to the Punjab’s Hoshiarpur district had met with Congress leader Rahul Gandhi late last night and had a meeting again this afternoon with him.

Final Decision to be made by Sonia

Despite speculation over candidates for the Chief Minister’s post, the final decision will be taken by party high command, sources said.

The Congress Legislature Party, earlier on Saturday, unanimously passed a resolution to give Congress chief Sonia Gandhi power to nominate the new Chief Minister of Punjab.

No talks with anyone, just submitted my resignation as Punjab CM, says Amarinder Singh