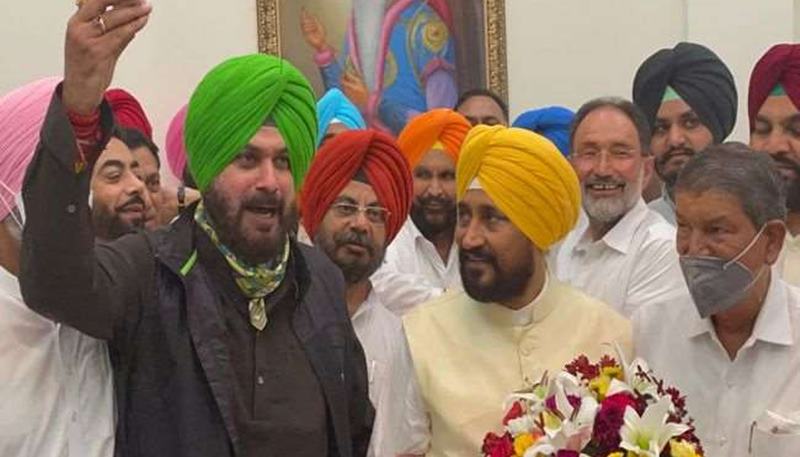 “Whoever is party president, is head of the family. I had called him (Navjot Singh Sidhu) and told him that the party is supreme… I have spoken to him on phone and told him to let’s sit, talk it out and resolve the issue,” Channi said while addressing media here.

Earlier today, Sidhu in a veiled dig at the new Punjab government stated that he cannot compromise with his ethics, moral authority and pointed out that he didn’t want a “repeat of a system of tainted leaders and officers in the state”.

Sidhu also said that there is a system of tainted leaders and officers in the state.

Channi, at the press conference also talked about the decisions taken during the Punjab Cabinet meeting earlier today and informed that the Punjab government will pay the electricity bills of 53 lakh families who cannot do so.

The Chief Minister said he has been regularly visiting villages in Punjab and electricity is a major issue.

“Due to the non-payment of excessive bills, many houses’ meters were disconnected. 75-80 per cent of consumers come under the 2 KiloWatt category…Their last bill will be taken care of, by us. The disconnected electricity connections will be reinstalled,” he said.

He also promised that soon the problem of the ‘sand mafia’ will be “finished” from Punjab.

“We are working day and night on how to improve the system. We have to break the nexus. I am bringing a new policy for this,” he said.

No political talk during Amarinder Singh’s meeting with Home Minister?