HeadlinesNationalSports
By Digital Desk On Oct 18, 2021 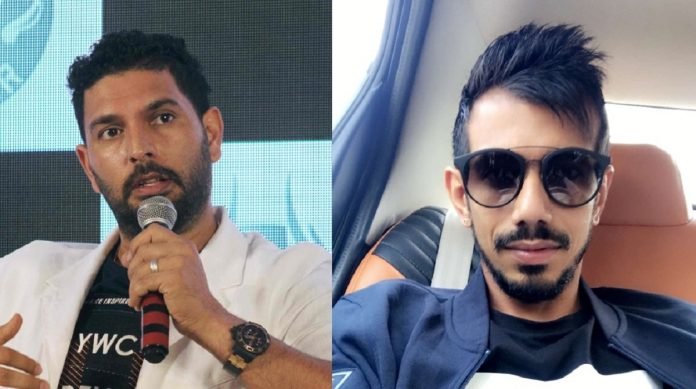 Hisar (Haryana)  : Former cricketer Yuvraj Singh was briefly arrested as part of an investigation in an alleged cast-based remarks, which led to violation of atrocity act; and later released on bail in compliance with an order by the Punjab and Haryana High Court in Hisar district on Saturday evening.

An FIR was registered under relevant sections of the law at Hansi city police station on February 14 this year based on a complaint by Dalit rights activist and lawyer Rajat Kalsan who alleged that the former Indian cricketer made derogatory remarks against Dalits and it hurt their sentiments.

“A case was registered on February 14, 2021 at Hansi city police station against Yuvraj Singh for making cast-based remarks. He was granted bail by the High Court later. The High Court said that he should join the police investigation. Vinod Shankar, Deputy Commissioner of Police, Hansi, who is investigating the case, questioned Yuvraj Singh for around an hour. Later, he was released,” Subhash Sharma, PRO, Hansi Police.

On June 5, 2020, Yuvraj Singh had issued a clarification over his controversial remarks saying that he was “misunderstood” and expressed regret for “unintentionally” hurting people’s sentiments.

During an Instagram Live session with Indian batsman Rohit Sharma, Singh had made a casteist remark on Yuzvendra Chahal. The remarks did not go well with the fans, who started criticising the former all-rounder.

Singh took to Twitter to write, “This is to clarify that I have never believed in any kind of disparity, be it on the basis of caste, colour, creed or gender. I have given and continue to spend my life for the welfare of people. I believe in the dignity of life and respect each individual without exception.”

A police complaint was filed against Singh for the same in Hansi police station of Hisar district, Haryana. Dalit rights activist and lawyer Rajat Kalsan filed the complaint and said that Singh made derogatory remarks against Dalits and it hurt their sentiments.