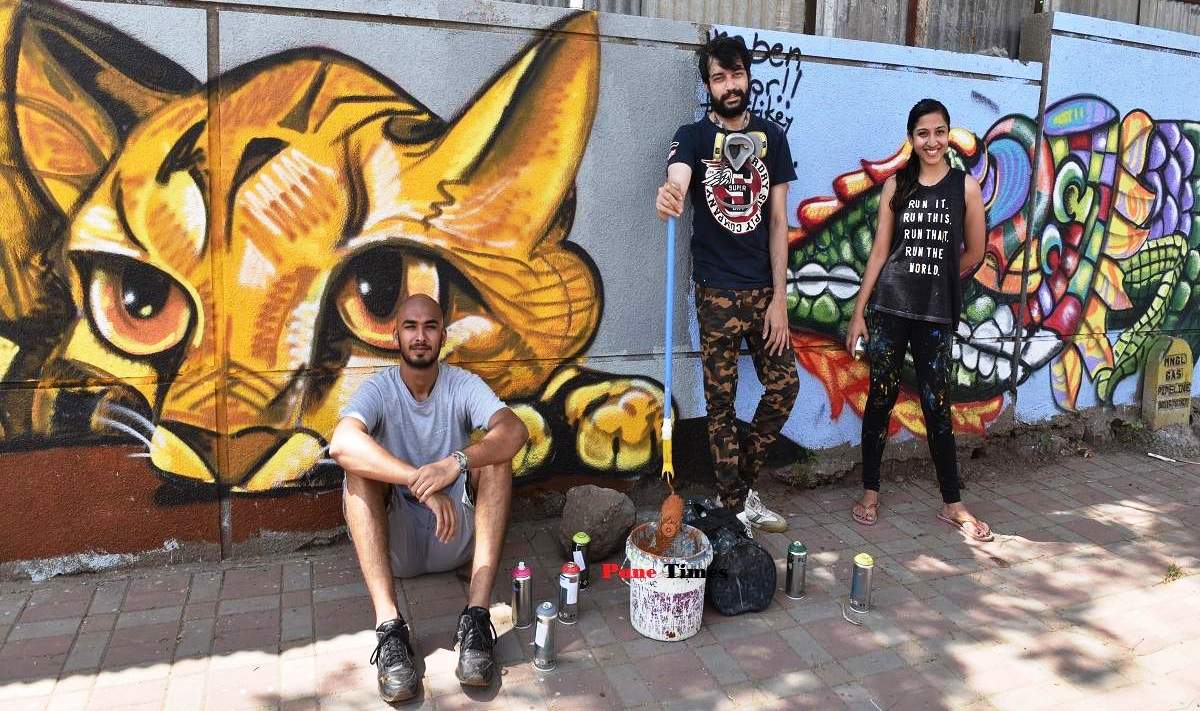 The beautified areas have been gaining a lot of attention and both locals and tourists like visiting them, thereby increasing the footfall of tourists in Srinagar city.

Zahoor Kashmiri, an artist from the project said, “The purpose of these murals is to help increase the tourist footfall in the city. It also attracts the locals here. No one likes dirty looking walls; people even avoid accidental rubs at them. Now, even when the work is in progress, tourists and locals visit to click pictures.”

Mudasir Ahmad, an artist and a part of the project added that it is a very positive step by the administration.

“Srinagar is a tourism hub, so the dirty looking walls didn’t sit well. With the beautification, the tourists now have a better visual for them they roam around locally,” he said.

People appreciate the initiative and said that they’d like to have more attractive places like these where people can go for enjoyment and take selfies.

Lauding the initiative, Tasaduq Bhat, a local resident said, “The art has helped turn the city more beautiful. It has also helped the local talent to raise and has also prompted an interest of several others in art.”