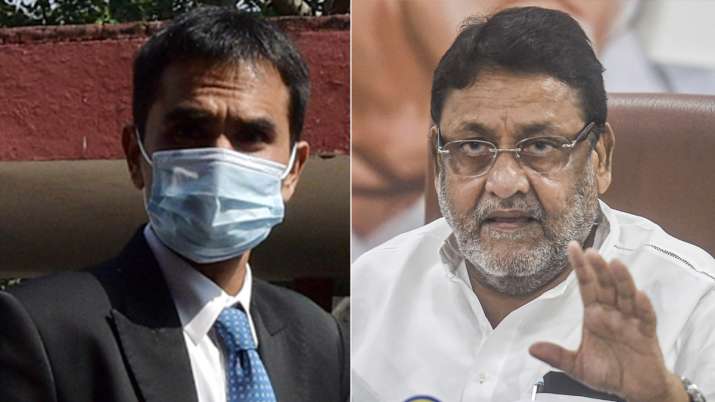 Malik alleged that there are two death certificates of Zahida Dawood Wankhede, both with different religions.

Sharing both the death certificates, Malik in a tweet said, “Another forgery, Muslim for funeral and Hindu for the official document? Blessed is Dawood Gyandev.”

The Maharashtra Minister has been continuously attacking Sameer Wankhede since the arrest of Aryan Khan in the cruise drugs case.

The high-profile drug bust case in which Bollywood actor Shah Rukh Khan’s son Aryan Khan was arrested has now turned into a war of words between  Malik and former Chief Minister Devendra Fadnavis making allegations and counter-allegations against each other.

While Malik had alleged that former Chief Minister Devendra Fadnavis has been shielding NCB zonal director Sameer Wankhede and accused Fadnavis of “decriminalization of politics”.