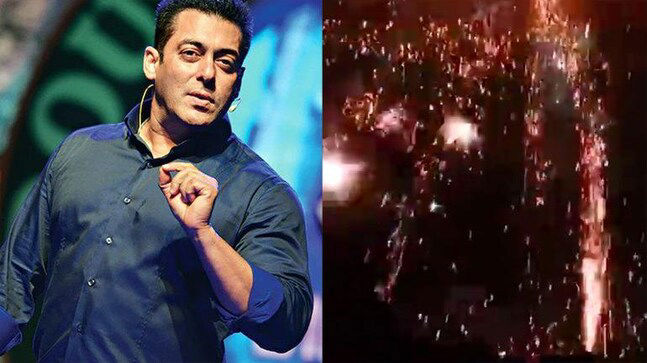 Mumbai : Recently after a video surfaced on the Internet showing moviegoers and fans bursting firecrackers inside a theater while watching Salman Khan’s ‘Antim’, the actor, on Saturday, shared a note on social media requesting people not to do so.

The ‘Dabangg’ star took to his Instagram handle and posted the viral video in which fans could be seen hooting and whistling while bursting the firecrackers.

Along with the video, Salman penned a lengthy note that read, “Request all my fans not to take firecrackers inside the auditorium as it could prove to be a huge fire hazard thereby endangering your lives and also others.”

“My request to theater owners not to allow firecrackers to be taken inside the cinema and security should stop them from doing so at the entry point. Enjoy the film by all means but please please avoid this is my request to all my fans .. thank u,” he added.

It was the superstar’s first theatrical release in India since the COVID pandemic started and his second release of 2021 after ‘Radhe’.