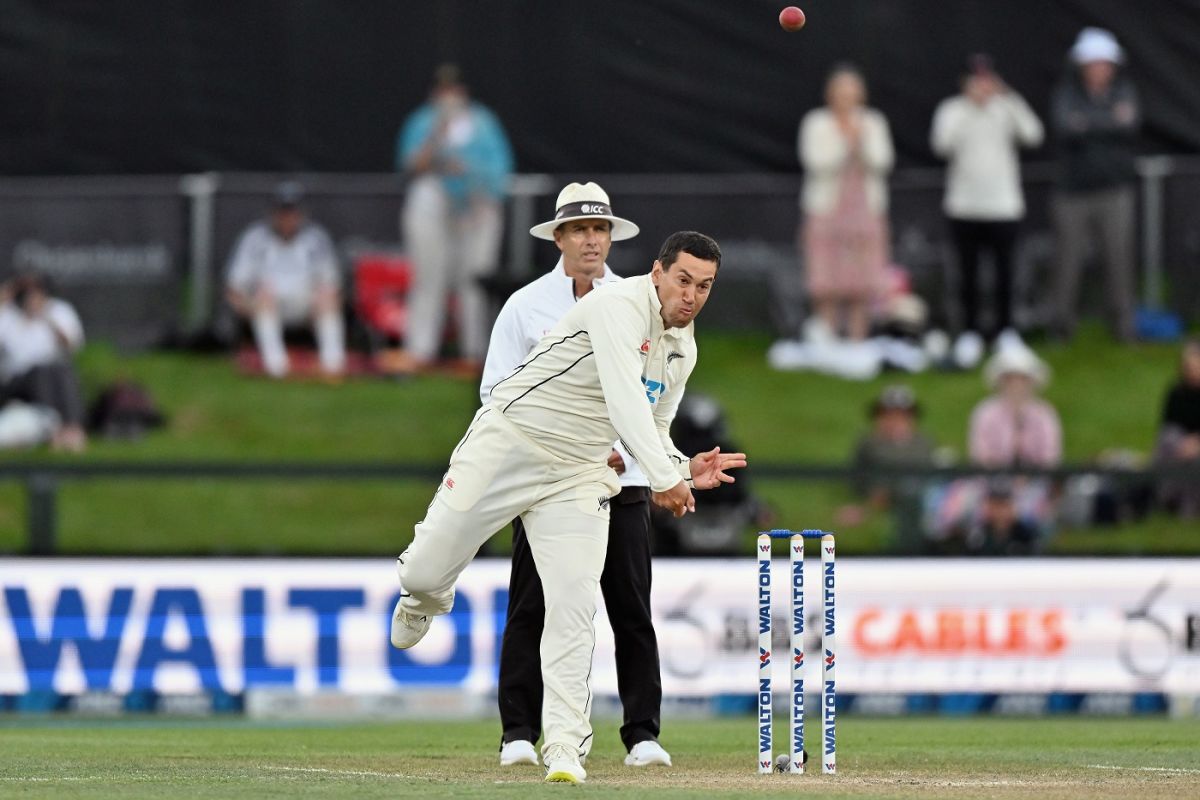 Christchurch [New Zealand] : New Zealand batter Ross Taylor on Tuesday picked his third wicket in the longest format to help the Kiwis register a thumping win over Bangladesh by an innings and 117 runs in the second Test.

It was an eventful farewell match for Taylor, who wrapped up the Bangladesh innings after dismissing Ebadot Hossain as he picked his third wicket in Test cricket.

On Tuesday, Bangladesh started their second innings following on New Zealand but were bowled out for 278 as the Kiwis sealed a win. The visitors were folded for 126 in the first innings.

Unlike their first innings, Bangladesh got off to a cautious start but Kyle Jamieson and Neil Wagner wreaked havoc to dismantle the batting lineup. Liton Das (102) was the lone fighter for Bangladesh as tried hard to carry the visitors’ innings.

With this win, New Zealand leveled the series 1-1 and have earned 12 points in their quest for the World Test Championship (WTC).

On Monday, before stumps, Bangladesh was bowled out for 126 in the first innings, giving New Zealand a lead of 395 runs. For the hosts, Trent Boult returned with five wickets.

Coming to Taylor, the 37-year-old has been a mainstay in the BLACKCAPS batting order since making his debut in 2006, amassing a plethora of records and achievements, most notably rising to the top of New Zealand’s runs scoring (18,074) and appearances (445) charts.