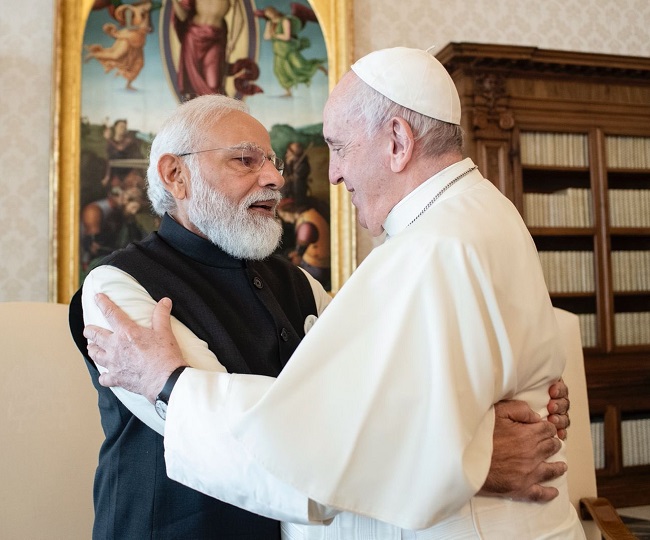 Rome [Italy] : Prime Minister Narendra Modi invited Pope Francis to visit India during a “very warm” meeting at the Vatican City which lasted for an hour on Saturday, sources said.

The meeting was scheduled only for twenty minutes however, it went on for an hour, sources said. PM Modi and the Pope discussed a wide range of issues aimed at making our planet better such as fighting climate change and removing poverty.

It may be recalled that the last Papal Visit happened in 1999 when Atal Bihari Vajpayee was the Prime Minister and Pope John Paul II came. Now it is during PM Modi’s term that the Pope has been invited to visit India.

PM Modi departed from the Vatican City after his meeting with Pope Francis on Saturday ahead of the G20. He was accompanied by National Security Advisor (NSA) Ajit Doval and External Affairs Minister (EAM) Dr S Jaishankar.

The Vatican is a city-state surrounded by Rome and is the headquarters of the Roman Catholic Church.