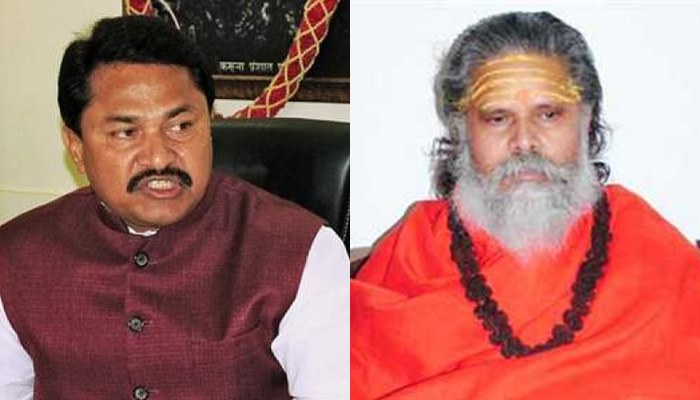 Mumbai – Maharashtra Congress President Nana Patole on Tuesday alleged that the Akhil Bharatiya Akhada Parishad (ABAP) Chief Mahant Narendra Giri was murdered and his death was framed as a suicide.

BJP is using the mahants for their political benefits

“Mahant Narendra Giri died in a very mysterious way. His death is being framed as suicide. The majority of the deaths of sants are taking place in Uttar Pradesh. BJP is using the mahants for their political benefits,’ said Patole.

If this had happened in Maharashtra…

“If this had happened in Maharashtra, people would have protested. We demand President’s rule in the state,” he added.

Earlier in the day, UP Police lodged an FIR against Anand Giri, the disciple of Mahant Narendra Giri for abetment of suicide under section 306 of the Indian Penal Code (IPC).

Meanwhile, Anand Giri earlier said, “It is a big conspiracy by people who used to extort money from Guruji and wrote my name in the letter. It needs to be investigated as guru Ji has not written a letter in his life and could not do suicide. His handwriting needs to be probed.”

Uttar Pradesh Additional Director General (Law and Order), Prashant Kumar informed that the accused Anand Giri was taken into police custody on Monday after his name surfaced along with two other names, in the suicide note found in the revered saint’s death case.

The ABAP President was found dead under mysterious circumstances at Baghambari Math located residence on Monday.