Art and CultureHeadlinesNational
By Digital Desk On Dec 4, 2021 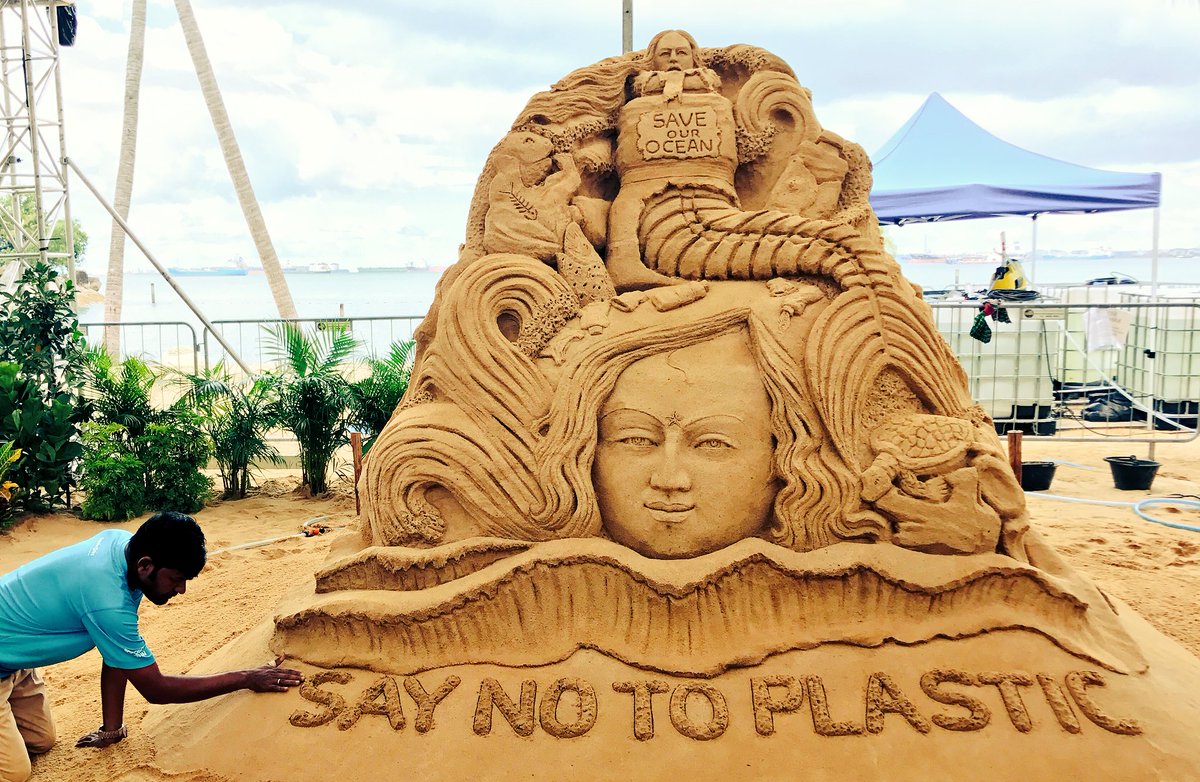 Every year, the tourism of Odisha conducts the Chandrabhaga International Sand art festival for the sand artists to show their art and talent to the world to see. Here the immense beach is a canvas and an artists’ deft is the palette.

Artists from all over the world participate in the festival, but due to COVID-18, strict protocols were followed.

Sudarsan Patnaik, organizer of the festival told media that due to COVID-19 fear, this year international artists couldn’t participate but a total of 100 artisans from Odisha and 12 other Indian states including Rajasthan, Maharashtra, Gujarat, West Bengal, Bihar, Andhra Pradesh, Jharkhand, Karnataka, Tamil Nadu and more have participated with full enthusiasm.

He also informed that different themes were provided to the artists every day and on December 3, Friday, the theme assigned to them was ‘eco-tourism and environment’.

Gauri, a sand artist from Odisha who is participating in the festival for the second time in her life said, “It’s a very good topic. We have to understand nature is very important and we have to save it too.”

She also told that this is her second time participating in this event, after ten years. “I am glad to see how the event has developed in the meantime. It is only stated to organize such festival where all sand artists get exposure and we are able to show our art.”

The International Sand Art Festival was started in 2015 on the Chandrabhaga beach, a short distance from Konark. It was a part of the Konark Dance Festival that is organized during the same time. Every year, the theme for the Artists hover around the burgeoning issues of the Earth.