Important study regarding use of Instagram, Snapchat & problematic digital behaviours 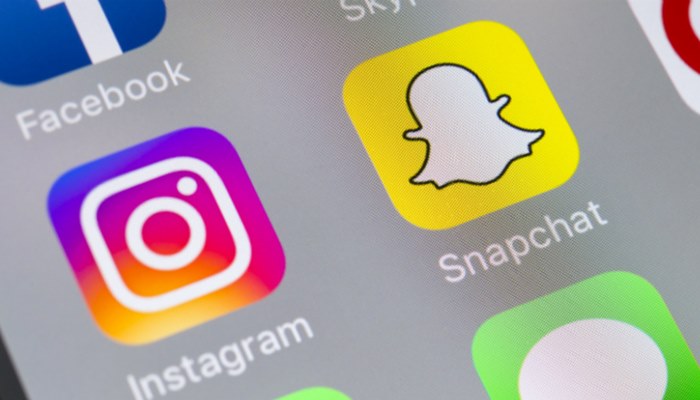 Washington [US] – The findings of a new study suggests that using Instagram or Snapchat before age 11 was significantly related to more problematic digital behaviours compared to those who joined these platforms when they were older.

The study published in Computers in Human Behavior also found that parental restrictions on phone use and checking social media ameliorated some of the negative effects.

“Social media sites all require a minimum age of 13 to register, but the reality is that many users are younger than that: one-third of our sample had already started using social media at age 11 or 12 and another one-third had begun at age 10 or younger,” said the study’s lead author Linda Charmaraman, PhD, director of the Youth, Media and Wellbeing Research Lab at the Wellesley Centers for Women (WCW). “This study helps us understand the risks and benefits for kids and tweens so that parents and policymakers can make decisions that prioritize their wellbeing.”

Charmaraman and her co-authors surveyed 773 middle schoolers in the Northeast U.S. about their social media initiation, digital behaviours, and parental restrictions on digital use. The researchers found that joining social media platforms like Instagram or Snapchat before age 11 was significantly associated with having online friends or joining social media sites parents would disapprove of, more problematic digital technology behaviours, more unsympathetic online behaviours, and greater likelihood of online harassment and sexual harassment victimization. Some of these effects were lessened when parents restricted phone use and limited how often their kids checked social media.

The news wasn’t all bad, though: The researchers also found that regardless of when they joined social media, early adolescents more frequently engaged in positive digital behaviours than negative ones. And those who joined social media as children (age 10 or younger) demonstrated a greater tendency to engage in supportive or civically-engaged online community behaviours–such as socially supportive social media posts, fostering awareness of social issues, or organizing events through social media–compared to those who joined later. This may be due to being socialized at a younger age to understand both the positive and negative potential of different platforms.

“These findings suggest that the industry-based age minimum of 13 for social media users may potentially be a good standard if it can be enforced,” said Charmaraman. “The findings also suggest that a potential strategy to support families with children, tweens, and teens is to a) keep track of social media sites joined and online friend networks; b) set even one rule about screen use (i.e., limiting duration on school nights); and c) monitor children’s frequency of checking, particularly if they’re using social media at age 10 and younger.”

Charmaraman and her research team are also working on a study to determine whether the age at which users join social media has any longer-term effects on their health and wellbeing.