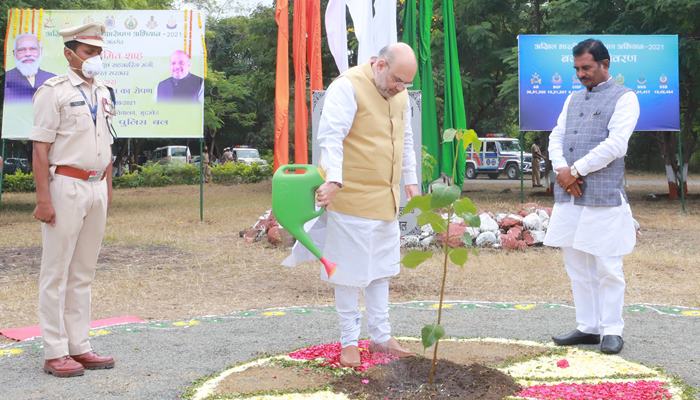 Nanded – Union Home Minister Amit Shah on Friday said that the Central Reserve Police Force (CRPF) has accomplished the target of planting one crore trees in more than 170 districts across the country under the “All India Plantation Drive”.

“We decided on a target that the CRPF will get together and will put one crore trees across the country,” added Shah.

“I am glad to announce that this mission had been completed on the 71st Birthday of Prime Minister Narendra Modi,” further said the Home Minister.

“The country’s internal security can’t be strengthened without CRPF. The country is proud of CRPF,” he said during the event.

The BJP has made elaborate arrangements to celebrate the 71st birthday of Prime Minister Modi with the launch of the “Seva or Samarpan Abhiyan” campaign. The campaign will begin on September 17 and conclude on October 7.