Development of Kashi can be roadmap for the entire country: PM Modi 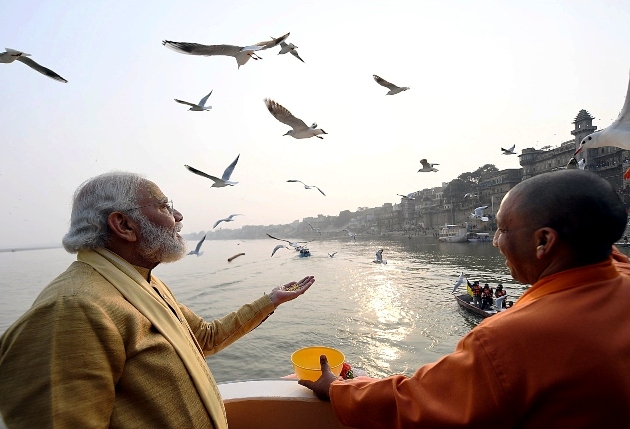 Addressing the inauguration of the All India Mayors’ Conference, PM Modi said, “I am thankful to the Ministry of Urban Affairs and the government of Uttar Pradesh for choosing my constituency Kashi for this wonderful program. Varanasi’s development can become a roadmap for the entire country. The majority of our cities are traditional cities. Their development has also been in a traditional manner. We can learn from such places about how local skills and products can be the identity of that city.”
Emphasizing the importance of public participation in the all-round development of cities, the Prime Minister said, “The more public participation we witness, the better it will be for the city. For instance, can NCC cadets take care of all statues of Indian heroes in their respective cities? We can also enlighten our cadets about their heroics. Mayors can ensure this during their tenure.”

The Prime Minister suggested people to use LED bulbs to significantly bring down their electricity bills and urged the Mayors participating in the event to ensure that every street and corner of their city has proper lighting.

PM Modi said, “You should decide that every street in my city should have every bulb, LED. With this, the electricity bill of the Municipality, Municipal Corporation will be reduced significantly and the lighting will also improve. In this way, LED bulb should be available in every house of your city, it will reduce the electricity bill in middle-class houses.”

PM Modi also stressed on the need to empower micro, small and medium enterprises (MSMEs) and develop local industries by establishing the right environment for businesses to flourish.

“We need to focus on how we can empower our MSMEs, development of local industries and the right environment for businesses to flourish. Mayors can also significantly to PM SVANidhi Yojana, helping street vendors with micro-finances,” said the Prime Minister.

Speaking about increasing the accessibility of resources to the specially-abled, PM Modi said, “Keeping in view the persons with disabilities in cities, every new building, new road, or other construction work should follow the provisions of Accessible India Campaign. It is important to keep the sufferings of the handicapped in mind while making your plans.”

“All the mayors should pledge that next time your city should not lag behind in terms of cleanliness. We are already recognizing those states which are topping in terms of cleanliness but we will also honour those who are putting in all their efforts to perform their best. We should also take into account those states which are not at all performing on this parameters and advertise these non-performing states so that public pressure forces them to put in efforts,” added the Prime Minister.

The All India Mayors’ Conference is being organised by the Department of Urban Development of Uttar Pradesh in Varanasi. Mayors from various states across the country will be participating in the conference.

Issue of Mathura, Kashi not over, justice needs to be done: Karnataka BJP MLA