FeatureHeadlinesNational
By Digital Desk On Nov 7, 2021 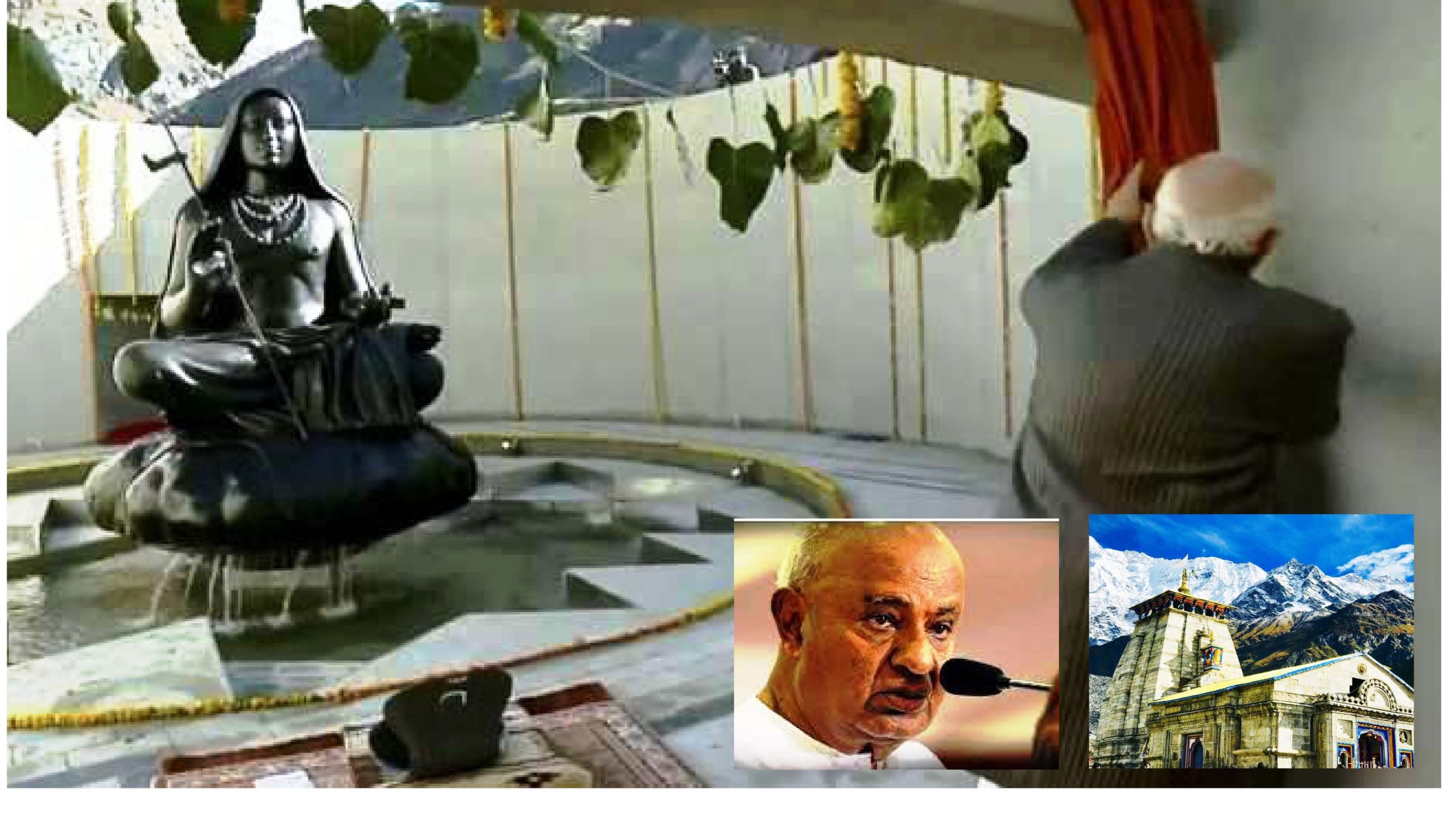 Gowda also said he was proud of the fact that there was a Karnataka connection to the endeavor as the statue was sculpted by Mysuru-based sculptor Arun Yogiraj and the black schist was extracted from H D Kote in the Mysuru district.

“I am deeply moved to see the very impressive black schist statue of the great saint Sri Adi Shankaracharya being unveiled by you in Kedarnath on November 5,” Gowda said in a letter to PM Modi. ‘I congratulate you for the dedication you have shown to the transformation of the holy site,” he added.

The JD(S) supremo said he is an ardent follower of the Sri Sringeri Sharada Peetham in Chikkamagaluru district in Karnataka, which is one of the four cardinal centres established by Adi Shankaracharya.

Recalling the ‘inclusiveness’ of the Sringeri Math, the former Prime Minister said Sringeri has been a spiritual counselor across the centuries to many rulers and kingdoms.

“The glorious tradition of the Math’s guidance has continued to the present day. The Sringeri Math, personally for me, has been a refined symbol of inter-faith harmony,” Gowda noted.

The 12 feet tall statue, weighing 28 tons, has been installed on a rebuilt samadhi of Adi Shankaracharya at Kedarnath, an important Hindu pilgrimage centre in the Himalayas.

The statue of Adi Shankaracharya, which was unveiled by Prime Minister Narendra Modi on Friday at the premises of the Kedarnath Temple in Rudraprayag district of Uttarakhand, took nine months of continuous work from Arun Yogiraj, the artist behind the 3D sculpture.

The 12-feet statue of Adi Guru Shankaracharya was made from chlorite schist stone, which is known to withstand rain, sunshine and harsh climate.

The Samadhi of Adi Shankaracharya has been reconstructed after its destruction in the 2013 Uttarakhand floods.

Adi Shankaracharya was born in Kerala. He was an eighth-century Indian mystic and philosopher who consolidated the doctrine of Advaita Vedanta and made a significant contribution in unifying Hinduism by setting up four “mathas” across India.