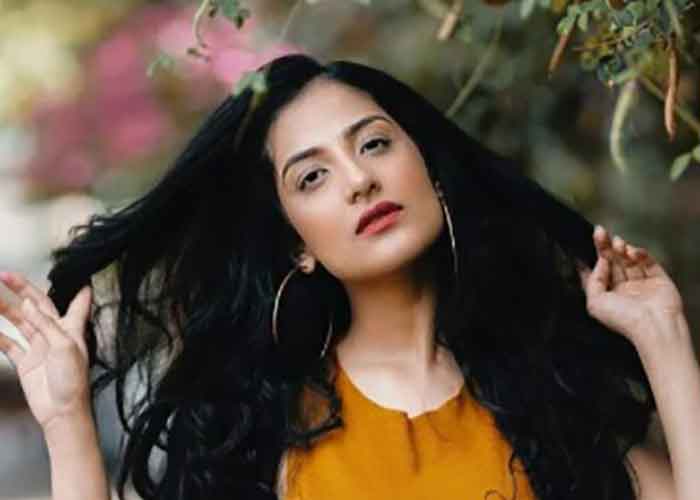 Mumbai : A very few people are aware of the fact that actor Miloni Jhonsa, who recently shared screen space with Taapsee Pannu in ‘Rashmi Rocket’, was a trained dentist in the past.

Opening up about how she shifted gears in her career, Miloni told, “I wanted to do modelling since I was 17 and people in my college always used to tease me about this. They always used to say that you should try modelling but I never gave it a go. Once I got done with college, very randomly I came in touch with a friend and she was also of the opinion that she wanted to do something with the gram and try something new. One day randomly both of us met, early morning around 6:30 – 7:00 am, all dolled up. We were just like, ‘let’s click pictures of each other’. We went to a nice location and clicked pictures of each other. We started doing that regularly on Saturdays and Sundays, clicking each other’s pictures, editing them and posting them on the gram. That’s how randomly it started and later it converted into influencing.”

Miloni added, “In the start, we just wanted to boom our Instagram. We just started clicking pictures of each other to see what’d happen. After that, we went into influencing and after I got into influencing I started getting approached by a lot of photographers on Instagram to shoot. I started shooting randomly just to get my expressions right and the rest of the groundwork. After that, brands started approaching me. And soon modelling started happening. I was approached for catalogues, films, jewellery brands etc. That’s how modelling started happening.”

Miloni’s tryst with modelling pushed her to try her hand at acting.

“After I got into modelling I was like, ‘I want to try something different too’. One of my friends suggested going for an advertisement audition. I didn’t know anything about it. I went to an ad audition randomly and the casting person sitting there really liked it for some reason. He said that he was unsure about whether I’d get selected or not but he found my acting really natural and nice. I didn’t know anything about acting then. He really liked it and asked me if I wanted to join the theater. Theater to me, at that time, sounded like the most random idea because I didn’t know what it was. But I wanted to explore so I thought to myself why not give it a shot. I went to Versova the next day for the theater session and it was a whole new world. I was really fascinated as it was completely different. We started rehearsing, there were acting dialogues and exercises. Theater is a completely new world when it comes to acting, it’s not just for the screen as there’s a live audience there. Everything functions differently. I felt really happy when I got into that and fortunately, I got selected for my very first play,” she recalled.

It was a quick transition for Miloni as the “entire process from dentistry to influencing to modelling to acting happened in around three to four months.”

“In such a short span, I’m nothing but grateful about it. It’s weird how things click with you once you get into the zone and you get to do what you want to do. When theater clicked in, I was really happy as I got to do my first play. I wanted to explore acting even further after that. I started going more for acting auditions mainly for ads in Aaram Nagar because that’s how it was earlier. That’s how I got to know people. Then the lockdown happened. I had gotten a lot of approaches during the lockdown itself, online because I used to do a lot of acting stuff. I used to make sure that I upload something on my gram. So I got approaches from a few very well known casting directors. That’s how the whole switch from medical to acting happened,” she ecstatically shared.

Miloni essayed the role of Niharika Chopra, captain of the Indian athletic team, in the film ‘Rashmi Rocket’.