CrimeHeadlinesPolitics
By Digital Desk On Nov 6, 2021 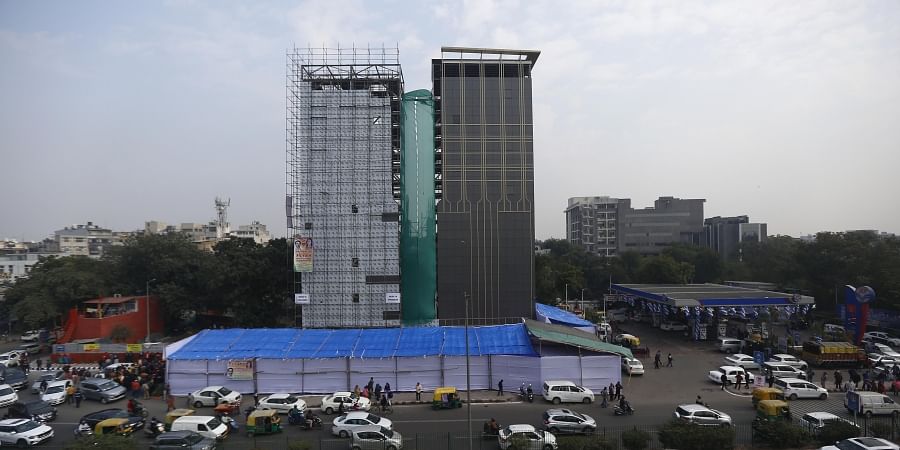 New Delhi : The Delhi government on Saturday ordered a probe into the collapse of a portion of multilevel parking in Green Park and directed the authorities to submit a report in 15 days.

Addressing a press conference, Deputy Chief Minister Manish Sisodia said, “Within one year, the parking lot collapsed. God’s grace that there were no people there at that time, otherwise there could have been a big accident, but the vehicles were damaged.”

“The BJP-run municipal corporations keep claiming they have no funds, but when they have money, they use it like this. They spend it on corruption. To build this parking facility, the BJP collected big amounts of money from nearby shopkeepers in the name of conversion charges,” Sisodia alleged. He added that the Delhi government has taken the matter very seriously and ordered an inquiry.

” I have directed the Director Local Bodies to get it inspected by the Public Works Department (PWD) Engineer-in-Chief within 15 days and state what was lacking in the construction of the parking facility and identify those responsible for the collapse.” He further said that appropriate action will be taken against those responsible according to the findings of the probe.

The Deputy Chief Minister also said, “We have come to know from the newspapers that the safety audit of the facility was not even done. If any deficiency is found in the investigation, action will be taken.”

The leaders of the Aam Aadmi Party (AAP), Atishi, Saurabh Bhardwaj and Somnath Bharti held a press conference on the issue and targeted the Municipal Corporation of Delhi (MCD).