Death toll from building collapse in Nigeria rises to 42 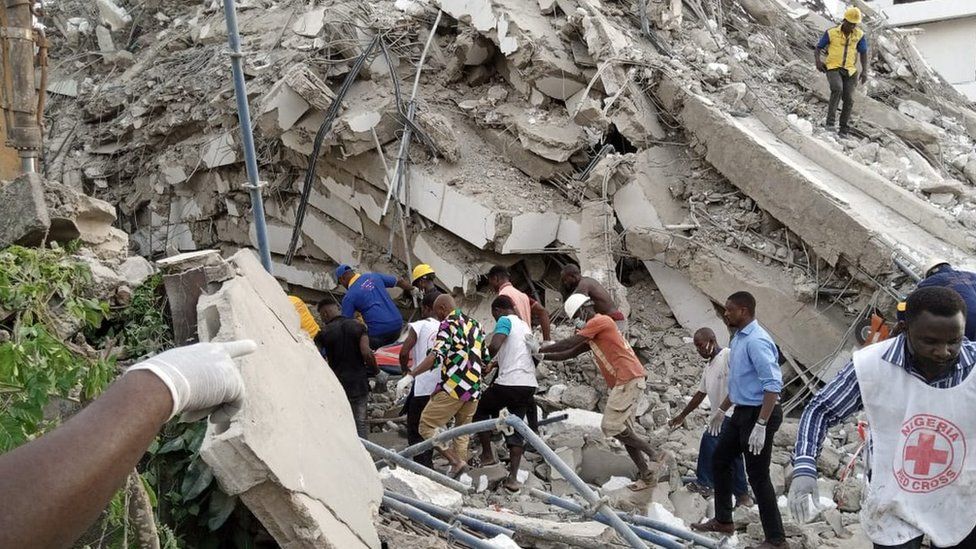 Lagos [Nigeria] : The confirmed death toll from the collapse of a 21-story building under construction in the city of Lagos, Nigeria’s economic hub, has risen to 42 after the search and rescue team discovered more victims in the rubble, a state official said on Saturday.

Babajide Sanwo-Olu, governor of the Lagos state, told reporters that the number of people rescued from the collapsed building in the Ikoyi area of the state has increased to 15.

Sanwo-Olu did not reveal the number of people still trapped under the rubble but said 49 families had reported missing persons to the government after the deadly building collapse occurred on Monday.

“We have taken the full records of the survivors in the incident. And this gives a total of 15 people rescued alive. We have a total of 42 bodies that have been recovered,” Sanwo-Olu said.

The identification of bodies by relatives had begun, and DNA examinations were being undertaken on some of the bodies that were difficult to identify, he said.

Meanwhile, the search and rescue operation continued at the site. Building collapses often occur in Nigeria, as some property owners and developers do not adhere strictly to planning and building laws and regulations. In most cases, heavy loads are placed on the building and substandard materials are often used in construction.

At least 84 killed in fuel tanker explosion in Sierra Leone