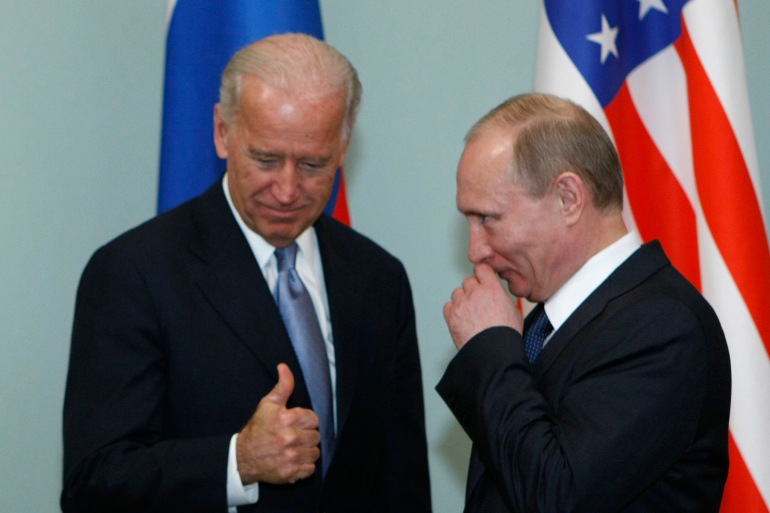 Biden and Putin on Tuesday held their bilateral talks in a video conference format.

According to CNN, President Biden told his Russian counterpart that the US is prepared to launch strong economic measures that would cause a bigger punch than the sanctions issued in 2014 that failed to stop Russia from occupying Crimea.

“I will look you in the eye and tell you, as President Biden looked Putin in the eye and told him today, that things we did not do in 2014 we are prepared to do now,” national security adviser Jake Sullivan told mediapersons after Biden’s call with Putin on Tuesday.

Recent US intelligence findings estimate Russia could begin a military offensive in Ukraine in a matter of months as it amasses up to 175,000 troops along the border.

Sullivan said the Biden administration still believes that Putin has not made a decision on whether to launch a military offensive against Ukraine. Without going into specifics, Sullivan said that the US is coordinating with European allies “at a deep level of specificity.”

The national security advisor said, “Biden was direct and straightforward with President Putin. There was a lot of give and take. There was no finger-wagging, but the President was crystal clear about where the United States stands on all of these issues.”

Besides the economic ramifications mentioned on the call, Sullivan said President Biden conveyed that the US is prepared to bolster defence capabilities in the region.

“He reiterated America’s support for Ukraine’s sovereignty and territorial integrity. He told President Putin directly that if Russia further invades Ukraine, the United States and our European allies would respond with strong economic measures,” said Sullivan.

He said that the US would provide additional defensive material to the Ukrainians above and beyond that the US has already been providing, and would fortify NATO allies on the eastern flank with additional capabilities in response to such an escalation.