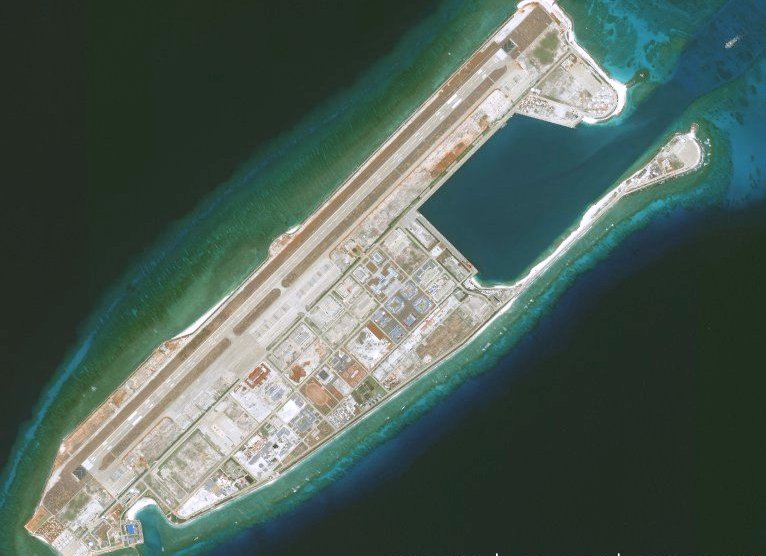 Tarawa [Kiribati] : China, which wishes to expand its maritime and economic profile has started to court the Pacific island nations.

According to the Singapore Post, Kiribati a Micronesian country is discussing opening up its largest marine reserves to commercial fishing which may serve a dual purpose like a naval base for the Chinese as well.
Pacific country’s President Taneti Maamau, decided to open up the marine reserves to commercial fishing to China which could be exploited for dual purposes.

However, the Kiribati government said the move will fetch over USD 200 million in cash for Kiribati.

As per the Singapore Post, China is emerging as a major diplomatic and economic partner of Pacific island countries especially during the COVID-19 pandemic as the small countries are struggling with their economies.

Vanuatu which lies 2000 km away from Australia though denied that it was allowing China to develop a military base on its soil.

On the other hand, as reported by the Asia and the Pacific Policy Society, there is a difference between mirage and reality. In China’s case, there is no mirage but only reality. Between 2006 and 2019, as per the Australian think tank, the PLA delegation paid 24 visits to the Pacific island countries.

In this background, how the US-led Quad or AUKUS counter challenges thrown by China will have to be closely watched.

The Pacific islands region is dominated by the ever-increasing one up among the countries constituting Micronesia, Melanesia and Polynesia.

China has started to court the above countries in an effort to expand its diplomatic and military profile in the Pacific Islands.

Earlier, the prospects of a Chinese-financed major wharf on Vanuatu’s Santo Island being converted into a “dual-use” facility was curtailed with active pressure from both Australia and the US.

It’s noted that Vanuatu is a Melanesian country and China funds the Melanesian Spearhead Group (MSG) based in Suva, Fiji.

In an effort to develop it’s a communication system in the region, China funded the undersea fiberoptic system, which would have originated in Guam, which was “designed to improve the communications in the island nations of Nauru, Kiribati and Federated States of Micronesia which was cancelled with pressure from the United States citing security concerns, reported Singapore Post.

China’s effort to fund the undersea cable network in the Micronesian countries is to rival the Manatua One Polynesia Fibre Cable which is a submarine communications cable linking Polynesian countries such as Samoa, Niue, the Cook Islands, and French Polynesia.