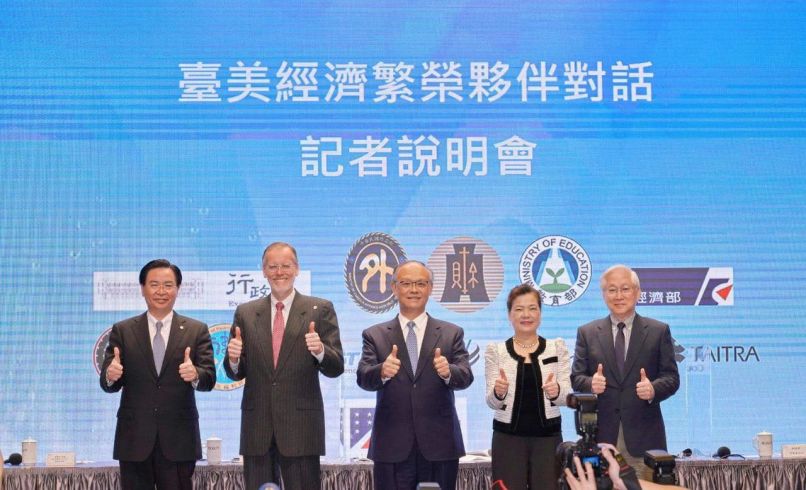 Beijing claims full sovereignty over Taiwan despite the fact that the two sides have been governed separately for more than seven decades. Taipei has countered the Chinese aggression by increasing strategic ties with democracies including the US, which has been repeatedly opposed by Beijing.

“China deplores and strongly opposes this,” Chinese foreign ministry spokesperson Zhao Lijian said. The spokesperson said that China firmly opposes all forms of official interactions in any name or form between Taiwan and countries with diplomatic ties with China.
“The US should earnestly abide by the one-China principle and the stipulations of the three China-US joint communiques, immediately stop elevating relations with Taiwan in essence, stop any form of official interaction and contact with Taiwan,” Zhao said.

“We also have this stern warning to the Taiwan authorities that any attempt and act to solicit the United States and other foreign support and sabotage cross-Strait relations is doomed to fail,” Zhao added.

Earlier this week, Under Secretary for Economic Growth, Energy, and the Environment Jose W. Fernandez led the second annual US-Taiwan Economic Prosperity Partnership Dialogue (EPPD), conducted under the auspices of the American Institute in Taiwan (AIT) and the Taipei Economic and Cultural Representative Office (TECRO) in the United States.

The US State Department said in a statement that both sides welcomed the dialogue as an opportunity to deepen cooperation and strengthen the robust economic partnership between the two economies.

“The dialogue featured extensive discussions on supply chain resiliency, countering economic coercion, promoting the digital economy, strengthening 5G network security, and advancing collaboration in a variety of science and technology fields. Discussions focused on progress made over the past year and identified new areas for cooperation, information sharing, and mutual understanding,” the statement added.