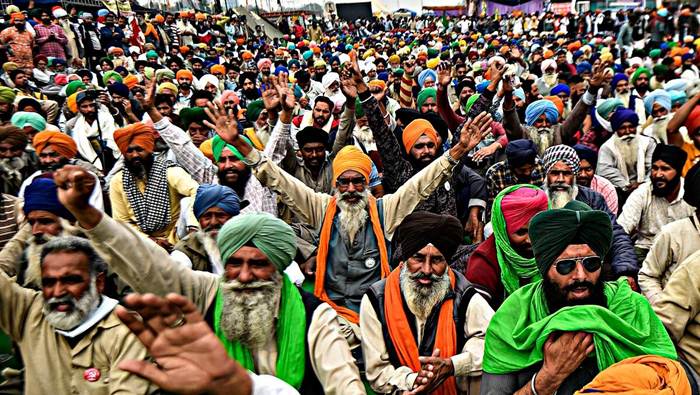 Gurdaspur (Punjab)  : After Prime Minister Narendra Modi announced to repeal the three farm laws, thereby ending the year-long standoff between the government and the agitating farmers, Punjab Deputy Chief Minister Sukhjinder Singh Randhawa on Friday welcomed the decision and said that the Centre “realised its mistake” and decided to take back the “black” laws.

Speaking to reporters in Gurdaspur, Randhawa said, “Farmers have been agitating for past 11 months and during this period around 700 farmers have died. The Government of India has accepted its mistake and repealed the farm laws. I welcome this. Govt should also help the 700 families who lost their loved ones, as Punjab Govt did.”

He further said, “Many farmers have died during the protest. The Punjab government has taken measures to rehabilitate the family members of the protesters, who died in the protest. I request the Union government to take similar measures.”

The announcement of the repeal of the three farm laws comes ahead of the crucial Assembly elections in Punjab, Uttar Pradesh, Uttarakhand, Goa and Manipur scheduled to be held early next year.

Among these states, farmers from Punjab and Uttar Pradesh were protesting across Delhi’s borders for the past one year.

Farmers from Punjab, Haryana and UP had arrived at the Delhi border on November 26, 2020, demanding the repeal of three farm laws — The Farmers’ Produce Trade and Commerce (Promotion and Facilitation) Act The Farmers (Empowerment and Protection) Agreement of Price Assurance and Farm Services Act The Essential Commodities (Amendment) Act.