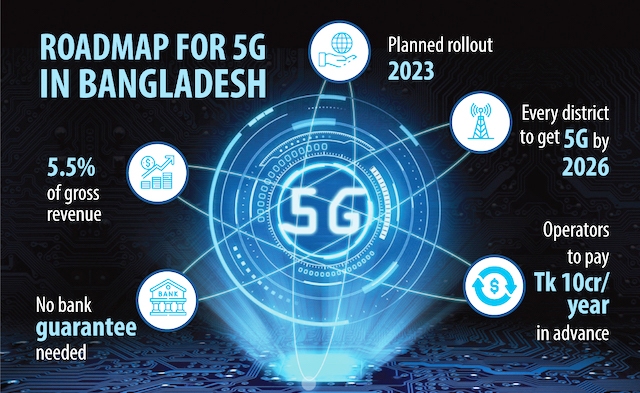 The private operators are expected to introduce the 5G next year after the auction for spectrum in March, said Bangladesh Sangbad Sangstha, a country-based news agency.

Marking the launch of the 5G services, Bangladesh Prime Minister Sheikh Hasina in a video message screened at the function extended her heartfelt greetings to the countrymen for the launch.

Emphasising that the 5G technology is launched through Teletalk Bangladesh Limited on a limited scale, Hasina said that the services would commercially be expanded all over the country soon.

According to Dhaka Tribune, the chief guest at the program, Joy said that as long as Awami League will stay in power, Bangladesh will march forward in all sectors. “We will go ahead keeping pace with the world,” he added.