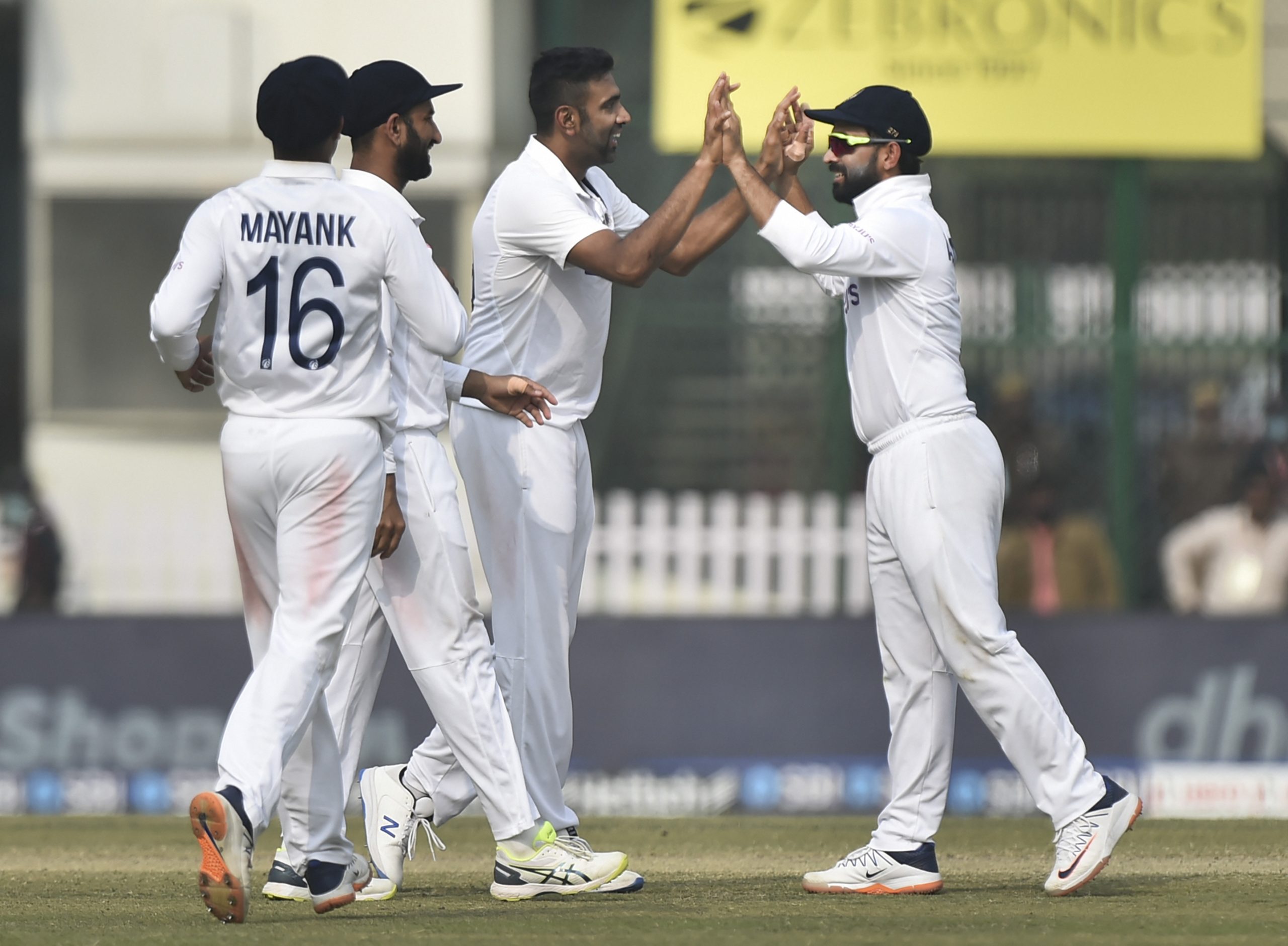 Ashwin scalped the wicket of Tom Latham (52) on the ongoing Day 5 of the first Test against New Zealand and hence he achieved the feat.
The off-spinner had equaled Harbhajan’s tally of 417 wickets on Sunday after he dismissed Will Young on Day 4. Ashwin has so far taken 30 five-wicket hauls in his career.

In the first innings of the ongoing Test, Ashwin had taken three wickets while Axar Patel took five.

Nightwatchman Will Somerville and opening batter Tom Latham held the fort as New Zealand did not lose a single wicket in the opening session of Day 5 of the ongoing first Test against India here at Green Park, Kanpur on Monday.

At lunch break, New Zealand’s score read 79/1 with the visitors still needing 205 more runs for the win. Somerville and Latham are currently unbeaten at the crease.

Was contacted 1.5 hours before selection of Test team: Kohli