HeadlinesNationalPolitics
By Digital Desk On Nov 19, 2021 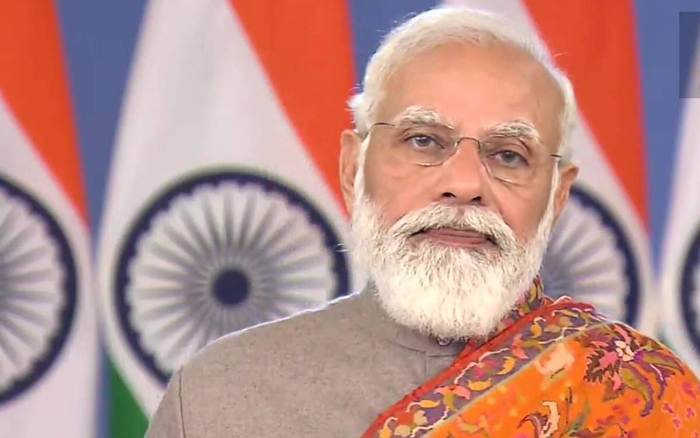 New Delhi : Apologising to the countrymen for the three farm laws over which the government “failed to convince” the farmers, Prime Minister Narendra Modi on Friday urged the protesting farmers to return to their homes.

In the address to the nation, PM Modi said, “We have decided to repeal all three farm laws, will begin the procedure at the Parliament session that begins this month. I urge farmers to return home to their families and let’s start afresh.”
He further said that the laws will be repealed in the forthcoming winter session of Parliament.

The Prime Minister also apologized to the countrymen and said, “Today, while apologising to the countrymen, I want to say with a sincere and pure heart that perhaps there must have been some deficiency in our efforts, due to which we could not explain the truth like the light of the lamp to some farmers.”

PM Modi said that is the holy festival of light of Guru Nanak Dev and it is not the time to blame anyone.

“Whatever I did, I did for farmers. What I am doing, is for the country. With your blessings, I never left out anything in my hard work. Today I assure you that I will now work even harder, so that your dreams, nation’s dreams can be realised.”

He also announced the formation of a committee to promote zero budgeting based agriculture, to change crop patterns as per the changing needs of the country and to make MSP more effective and transparent.

“The Committee will have representatives of the central government, state governments, farmers, agricultural scientists, and agricultural economists,” he said.

The Prime Minister further argued that the government these laws for the welfare of farmers, especially small farmers, in the interest of the agriculture sector, for a bright future of ‘gaanv-gareeb’ (village-poor), with full integrity, clear conscience and dedication towards farmers.

“A sacred thing, absolutely pure, a matter of farmers’ interest, we could not explain to some farmers despite our efforts. Agricultural economists, scientists, progressive farmers also tried their best to make them understand the importance of agricultural laws,” he added.

The Prime Minister pointed out that many initiatives have been taken for the farmers to get the right price for their produce in return for their hard work. The country has strengthened its rural market infrastructure.

“I have seen the challenges of the farmers very closely in my five decades of public life, that is why, when he was given the opportunity to serve the country as Prime Minister in 2014, he gave the highest priority to agriculture development and farmer welfare,” he said.

Farmers have been protesting against the three farm laws since they were passed by the Centre in 2020.