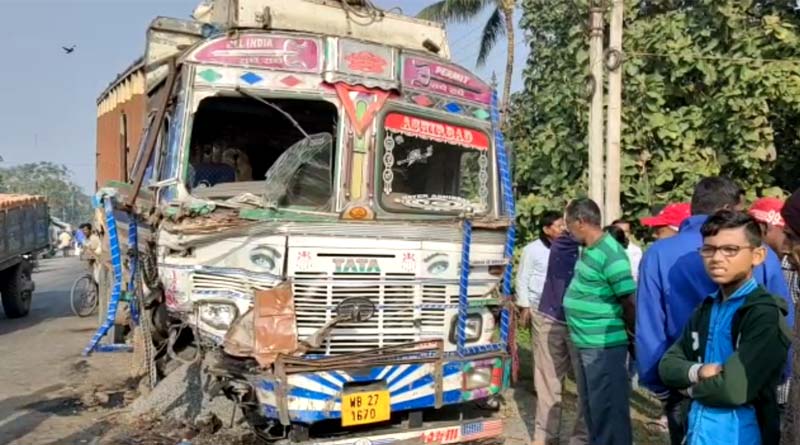 Nadia : At least 18 people were killed and 5 others injured in a road accident that took place in West Bengal’s Phulbari area of Nadia district late on Saturday night, police said.

As per officials of the Hanskhali police station, people in a matador car were on its way to the Nabadeep crematorium to cremate a body from Bagda of North 24 Parganas on Saturday night.

The matador was hit by a lorry loaded with stones which was parked on the side of the road and suddenly started at Phulbari area of Hanskhali police station area of Nadia. At least 18 people died on spot.

The injured people have been shifted to Shaktinagar district hospital. Locals claimed that the accident was due to the dense fog and the high speed of vehicle.