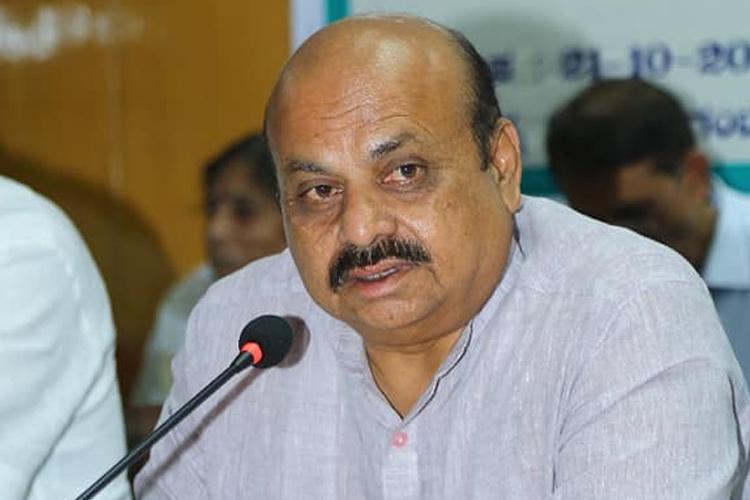 The Congress on Thursday urged the governor to impose President’s Rule invoking Article 356 of the Constitution of India for the failure of constitutional machinery in the State, referring to the Karnataka State Contractors’ Association’s allegations of corruption.

Speaking to reporters after participating in the ‘Constitution Day’ celebrations in Davanagere the CM said, “The letter to Governor reflects the percentage culture that prevailed during the previous Congress regime towards the contractors. It is the Congress leaders who are the creators of percentage culture. It is Congressmen who have been increasing it (percentage) periodically. The whispering conversation between two Congress leaders which was captured by visual media recently has blown the lid off the Congress’ percentage culture. It is ridiculous that the same people have now lodged a complaint with the Governor.”

Referring to the reported letter written by contractors which triggered the row, Bommai said, the letter had no details nor mentioned any specific cases. It was a general letter. “But still we have ordered a probe. Since Congress is showing keen interest in the percentage issue the tenders approved during their tenure too would be probed.”

The Karnataka State Contractors’ Association in July this year had submitted a memorandum to Prime Minister Narendra Modi alleging that the contractors are forced to pay more than 40 per cent of the project cost as a bribe to the government officers, concerned Ministers, legislators, Loksabha members and other officials of the concerned departments.

Bommai has constituted two committees to be headed by retired Judges to scrutinise the alleged kickbacks by the Karnataka State Contractors’ Association in the tender processes and estimation of amounts by the government departments.