HeadlinesNationalPolitics
By Digital Desk On Nov 10, 2021 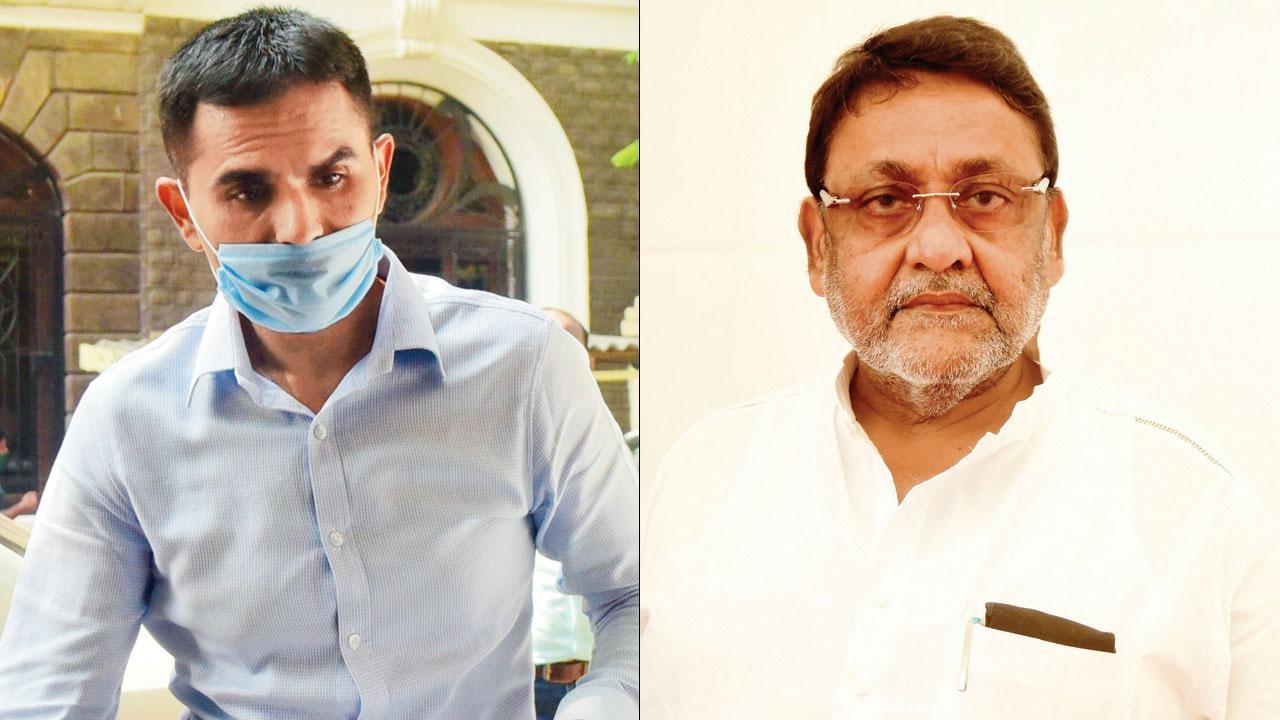 Mumbai  : Narcotics Control Bureau (NCB) Zonal Director Sameer Wankhede on Wednesday rubbished Maharashtra Minister Nawab Malik’s allegations and said that the face value of counterfeit notes seized in 2017 was around 10 lakh not around 14 crore and three people were arrested in the matter.

He further claimed that on October 8, 2017, the Directorate of Revenue Intelligence (DRI) conducted raids at Bandra Kurla Complex (BKC) in which counterfeit notes with a face value of 14.56 crores were seized but Devendra Fadnavis had helped suppress this matter.

He further said that the Directorate of Revenue Intelligence (DRI) had approached the National Investigation Agency (NIA) to take over the case, but the latter did not do so “Nawab Malik’s allegations are baseless. The face value of counterfeit notes seized in 2017 was around 10 lakh not around 14 crore. 3 persons were arrested in the matter. At that time DRI had approached NIA to probe the matter, but NIA did not take over the case,” said Wankhede.

His response came soon after Malik alleged that after demonetisation the game of counterfeit notes was going on in the state under the Devendra Fadnavis government.