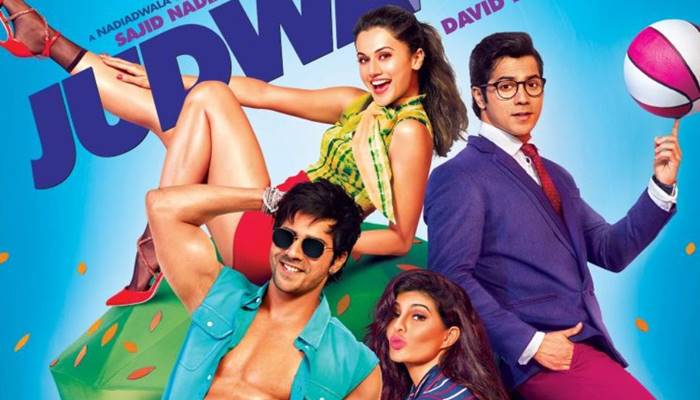 Remembering the film and all the fun he had while shooting it, Varun shared a poster of the film on his Instagram Story, featuring him along with Taapsee and Jacqueline.

“So many awesome memories working with this incredible lot of peeps,” he wrote along with tagging members of the cast and crew.

Jacqueline shared a string of pictures and videos on her Instagram Story from various scenes of the film as well as those from behind-the-scenes.

Directed by David Dhawan, ‘Judwaa 2’ film is a reboot of the 1997 film ‘Judwaa’ starring Salman Khan, Karisma Kapoor and Rambha.

Produced by Nadiadwala Grandson Entertainment, the film was released on 29 September 2017.