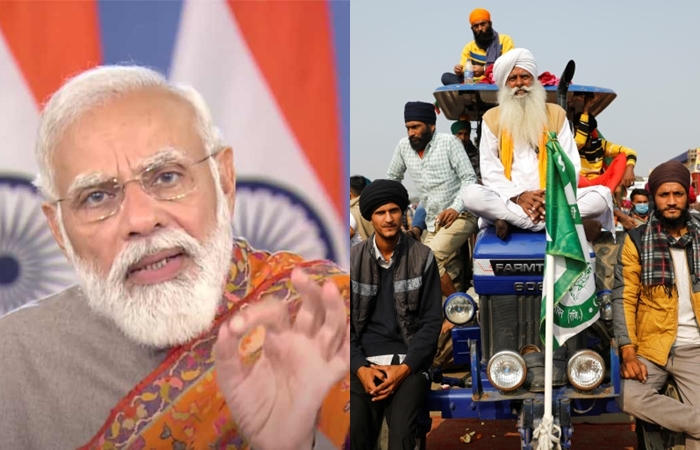 New Delhi  : In a major move, Prime Minister Narendra Modi on Friday announced the repealing of the three Central farm laws. In his address to the nation, PM Modi said,

“Today I want to tell everyone that we have decided to repeal all three farm laws.” Farmers have been protesting the government’s three farm laws since the Centre had passed the laws in 2020.

Committees (APMCs). Any licence-holder trader can buy the produce from the farmers at mutually agreed prices. This trade of farm produces will be free of mandi tax imposed by the state governments.