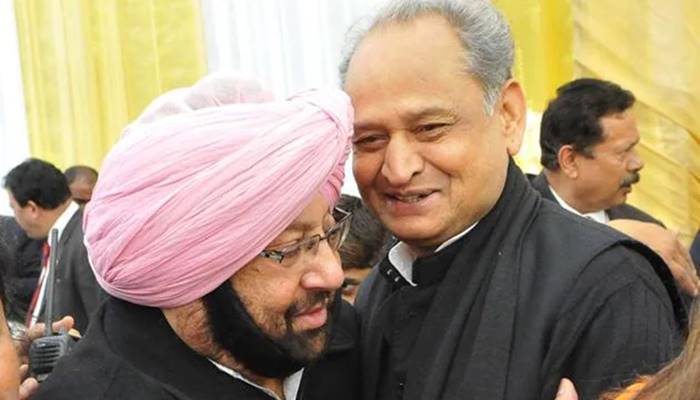 Jaipur – Amid political turmoil in Punjab, Chief Minister of Rajasthan Ashok Gehlot on Sunday said that he hopes that Captain Amarinder Singh would not take any step which would hurt the party’s interests.

Taking to Twitter, Gehlot tweeted, “I hope that Captain Amarinder Singh Ji will not take any such step which will harm the Congress party. Captain Sahib himself said that the party had kept him as Chief Minister for nine and a half years. He has served the people of Punjab by working to the best of his ability.”

“The direction in which our country is going due to fascist forces, is a matter of grave concern. Therefore, at such a time, the responsibility of all Congressmen is to rise above ourselves and think in the interest of the party and the country,” the Chief Minister added.

“I also personally believe that the High Command chooses the chief minister after facing the displeasure of many leaders who are in the race to become the CM. But while changing the same chief minister, they get upset with the decision of the high command. During such times, one has to listen to their conscience,” he added.

He stated that Amarinder Singh was a respected leader of the party. “I hope that he will continue to work keeping the interests of the party ahead,” Gehlot added.

Captain Amarinder Singh stepped down from the post of Chief Minister on Saturday ahead of the meeting of party legislators in the faction-ridden state unit as the party high command decided to effect a change of guard in the border state ahead of assembly polls early next year.

Sonia to decide next CM

CLP,  earlier on Saturday, unanimously passed a resolution to give Congress chief Sonia Gandhi power to nominate the new Chief Minister of Punjab after Captain Amarinder Singh stepped down.

I hope that Capt. Amarinder Singh ji won’t take any step that could cause damage to the Congress party. Capt. Sahib himself has said that the party made him CM and allowed him to continue as CM for nine and a half years. pic.twitter.com/rqJfzzxUp3