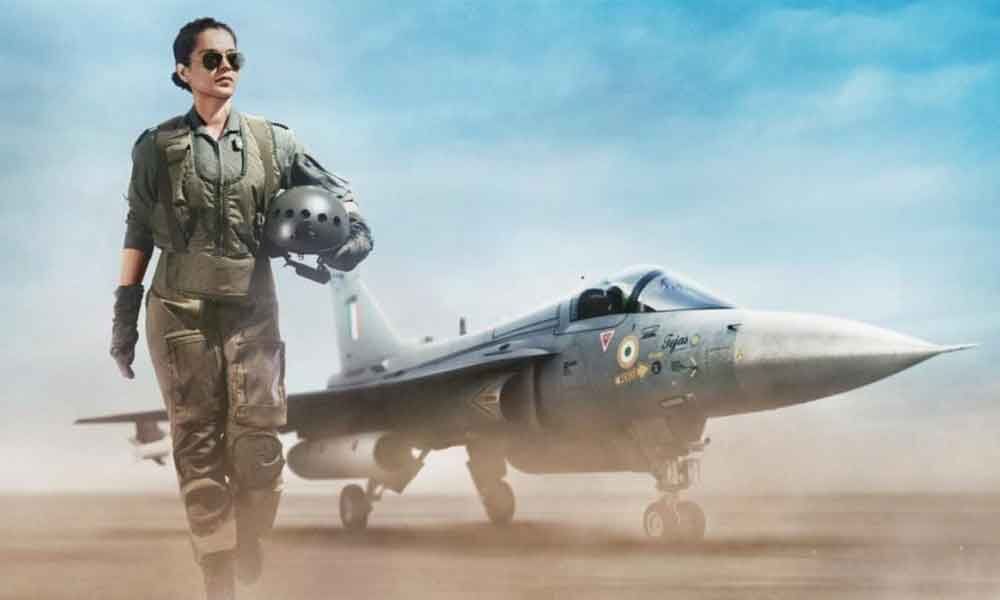 Mumbai : After working her fingers to the bone, actor Kangana Ranaut on Saturday wrapped the shooting of her upcoming film ‘Tejas’.

The National award-winning actor hopped on to her Instagram handle to share a special video that starts with a close-up look of Kangana dressed up as an Indian Air force officer, writing the movie’s title on a beach and then closes with an aerial view revealing the full name of the movie etched on the beach.

Sharing the video, Kangana wrote, “Another beautiful journey comes to an end… It’s a wrap for Tejas. What a ride. Above all what an opportunity. This will make the entire Nation proud…”

She then thanked the director and producers of the movie for choosing her as the lead.

“Thanks to everyone who worked on this project … eternally grateful for getting to play a soldier a war hero in this lifetime. Jai Hind …. See you in the cinemas in 2022,” Kangana concluded.

‘Tejas’ features Kangana in the role of ‘Tejas Gill’, an Indian Air Force pilot. The film is written and directed by Sarvesh Mewara. The Indian Air Force was the first of the country’s defence forces to induct women into combat roles in 2016. The film takes inspiration from this landmark event.

The film is being bankrolled by RSVP Movies, the production house that had also produced the blockbuster military drama ‘Uri: The Surgical Strike’.

Kangana had recently received her fourth National Film Award as the Best Actress for her performances in ‘Manikarnika: Queen of Jhansi’ and ‘Panga’.