T20 WC: South Africa fail to qualify for semis even after beating England!!!

EntertainmentHeadlinesSports
By Digital Desk On Nov 7, 2021 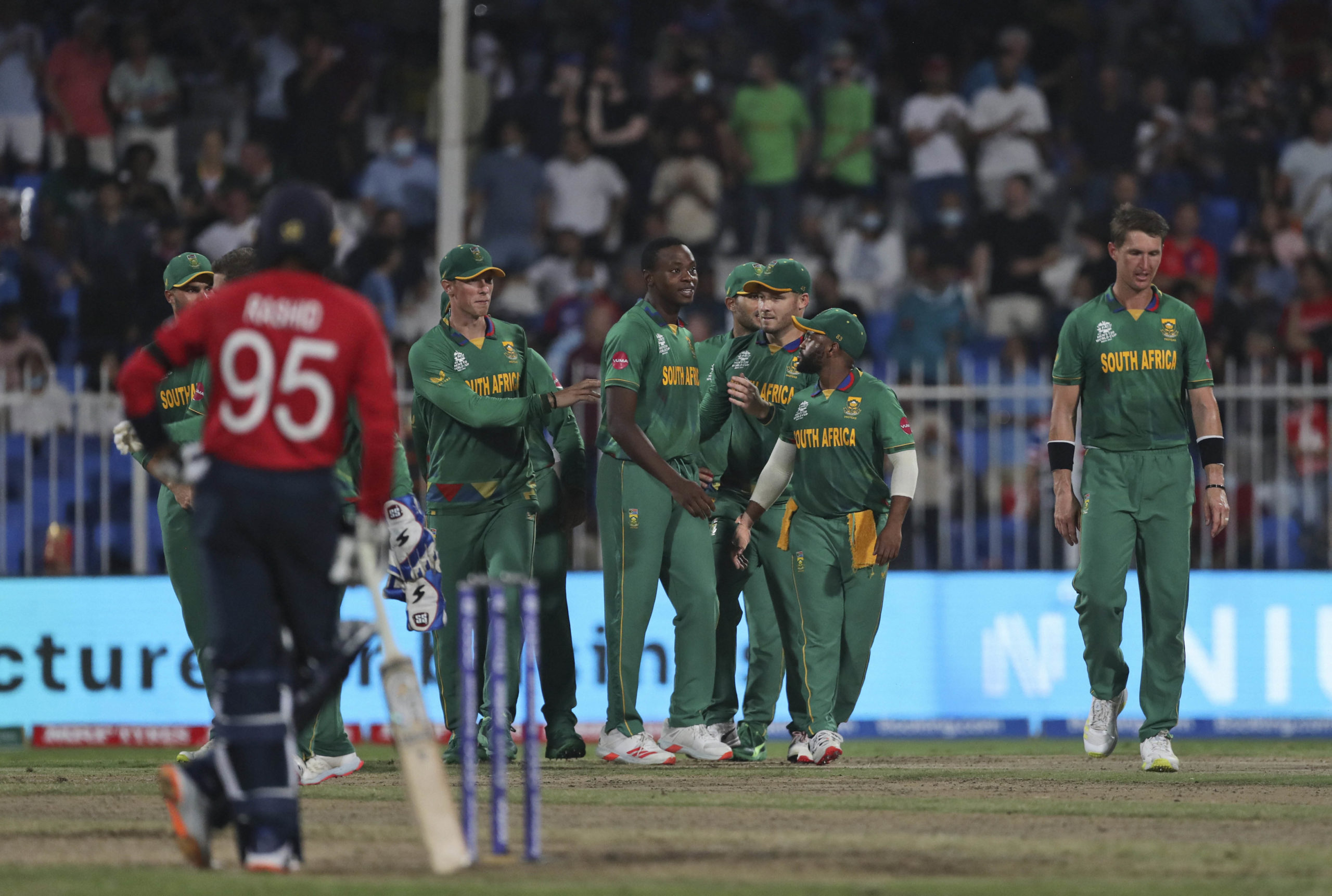 Sharjah [UAE] : Kagiso Rabada took a hat-trick in the last over as South Africa defeated England by 10 runs to end their T20 World Cup campaign on a high here at Sharjah Cricket Stadium on Saturday.

However, South Africa failed to qualify for the semi-finals despite the win as England and Australia moved to the knockouts on Saturday.

Rabada dimissed Chris Woakes, Eoin Morgan and Chris Jordan as England batters looked for boundaries since the side needed 14 runs in the last over. Chasing 190, England got off to a firing start but suffered a big blow as Jason Roy limped off with a leg injury.

Jos Buttler and Moeen Ali took over the 50-run mark before the completion of the powerplay. However, South Africa bounced back with two quick wickets in the span of six balls.

Liam Livingstone smashed three sixes in one over as England gained control but Rabada helped South Africa stage a comeback in the death overs.

Earlier, put into bat first South Africa got off to a bad start as they lost Reeza Hendricks who departed in the third over.

But Rassie van der Dussen fired with the bat as South Africa reached 189/2 in 20 overs. Aiden Markram also contributed as he whacked 52 runs in just 25 balls.