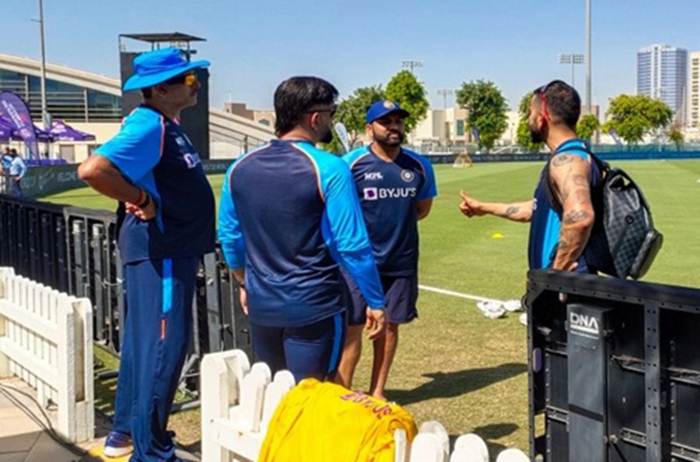 Dubai [UAE] : The term Captain Cool might now be synonymous with Mahendra Singh Dhoni, but it all started in the inaugural edition of the T20 World Cup in 2007 when Dhoni led a group of youngsters to the title. Interestingly, India’s campaign had started with a game against arch-rivals Pakistan. Cut to 2021 and the script wears a slight similarity. India will once again open the campaign against Pakistan. Only this time, Dhoni is a legend and he has been appointed mentor for the tournament by BCCI.

An India-Pakistan game in a cricket World Cup isn’t just about playing to the best of one’s ability, it is also about keeping calm and not letting the occasion get to the youngsters in the team. And this is exactly where MS Dhoni’s presence has helped Virat Kohli’s boys.
Speaking to ANI, source in the know of developments in the team management said Dhoni’s addition as mentor for the T20 World Cup has been a huge positive with the former skipper’s room being the go-to place for everyone, be it for serious talks or banter to help relax the mind before the first game of the tournament.

“We start with the game against Pakistan and Dhoni’s presence has seen the whole dressing room wear a calm look. His room is obviously the bonding zone for the players and you can always expect him to come up with the answers to the queries of the youngsters and it hasn’t been any different this time going into the T20 World Cup.

“This team has some of the most talented players in the country, but big-match experience is something that can only come with time and there isn’t much of that in this team apart from the likes of Kohli, Rohit Sharma, Hardik Pandya, Mohammad Shami and a couple others. The youngsters need that big brother figure in the team to give them a calming influence when they walk out to the middle,” the source explained.

The Indian players have been training smart for the opening game against Pakistan and even won both their warm-up games — against England and Australia. Having played the IPL in the UAE has seen them adapt well to the conditions on offer.

But the Pakistan team is also familiar with UAE conditions and that is why batting consultant Matthew Hayden on Thursday said that the T20 World Cup clash between arch-rivals India and Pakistan will be a ‘dogfight’, and one team would not run away with the game.

Talking about the rivalry between India and Pakistan, Hayden said: “Nothing that I have ever seen through the various elements of our game ever matches the rivalry of India and Pakistan. There is an obvious pressure much like the pressure that’s there when you play against England for Australia. But the pressure is only as much as you allow it to be. Your preparation is there, your experience is there, your opportunity now becomes a history-making opportunity.”