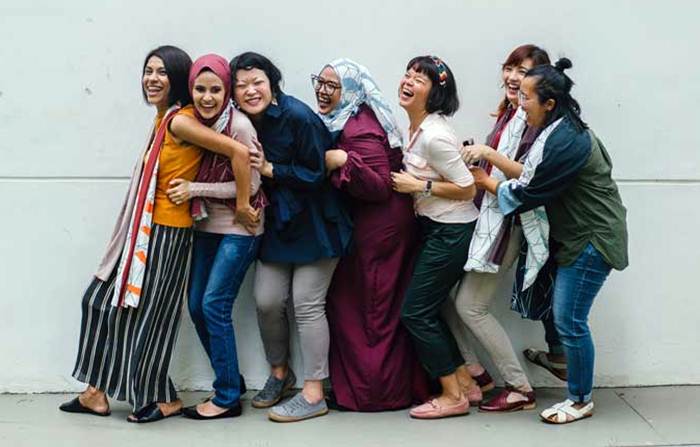 Amsterdam [Netherlands] : Can we infer someone’s cultural group from their laugher? A new study by researchers from the University of Amsterdam with international colleagues shows that our laughter gives us away.

The findings of the study were published in the journal ‘Philosophical Transactions B’.

The study included Dutch and Japanese producers of laughter and listeners. Listeners could detect whether a laughing person is from their own or another cultural group by only hearing a brief laughter segment. Spontaneous laughter was rated as most positive by both groups.

Laughter is a strong nonverbal vocalisation, which is frequently used to signal affiliation, reward, or cooperative intent, and often helps to maintain and strengthen social bonds. An important distinction is between spontaneous and voluntary laughter.

Recent research suggests that we are better able to identify individual speakers based on voluntary laughter than on spontaneous laughter. Voluntary laughter, being produced with greater vocal control, would encode more reliable information about the producer.

Furthermore, emotional expressive styles like laughter systematically differ across cultural groups. These differences are notable to listeners, making perceivers more accurate in recognising emotions from vocal expressions produced by individuals from their own cultural group as compared to others.

Researchers from the University of Amsterdam with international colleagues build on this work and examined whether laughter type influences the identification not only of individuals but also of groups.

1. Judged whether the laughing person was from their cultural in-group or an out-group

2. Judged whether they thought the laughter was produced spontaneously or voluntarily

3. Rated the positivity of each laughter clip

Analysing these data, the authors find that listeners were able to detect group membership from both spontaneous and voluntary laughter, and equally well. Spontaneous laughter was rated as more positive than voluntary laughter across the two cultures, and in-group laughs were perceived as more positive than out-group laughs by Dutch but not Japanese listeners.

“Our results demonstrate that listeners can detect whether a laughing person is from their own or another cultural group at better-than-chance accuracy levels based on only hearing a brief laughter segment. Contrary to prediction, we found no advantage for the notion that participants would be better at identifying group membership from voluntary laughter,” concluded the authors.

These findings add to the growing literature on laughter as a rich vocal signal that can be used by listeners to make a wide range of inferences about others, from their social relationships to their identity.