Sidhu is not right man for Punjab – Amarinder Singh 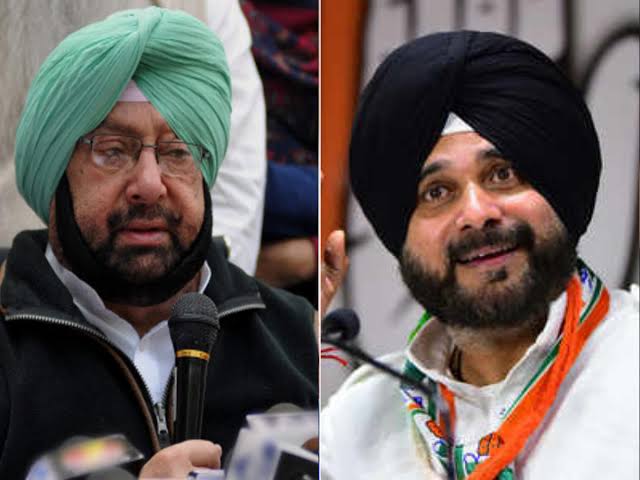 Amarinder Singh also hit out at Navjot Singh Sidhu, who resigned as PCC chief on September 28, saying he will not let him win the 2022 assembly elections.

“I had said it before also that Navjot Singh Sidhu is not the right man for Punjab, and if he contests, I will not let him win…,” Amarinder Singh told reporters after returning to the state from Delhi.

Singh’s visit to Delhi coincided with Congress in Punjab reeling under fresh crisis following the resignation of PCC chief Navjot Singh Sidhu on Tuesday. A minister and some other leaders considered loyal to Sidhu also subsequently resigned.

Amarinder Singh also said he will not join Bharatiya Janata Party (BJP). “I will be leaving the Congress party. I am not remaining in Congress, I am not joining the BJP,” he said.

The former chief minister said he had worked with several PCC chiefs but what Sidhu did had never been done before.

“During my tenure as Chief Minister, there were (Punjab Congress) chiefs, but what Navjot Singh Sidhu did has never been done before,” he said.

Responding to a question about a floor test in Punjab Assembly, he said, “If the party (Congress) loses the majority, then the Assembly Speaker has to take the decision.”

Singh had said earlier in the day also that he said that he had no intention of continuing in the Congress and that his affiliation with the party was going downhill with senior leaders being completely ignored and not given a voice in the party.