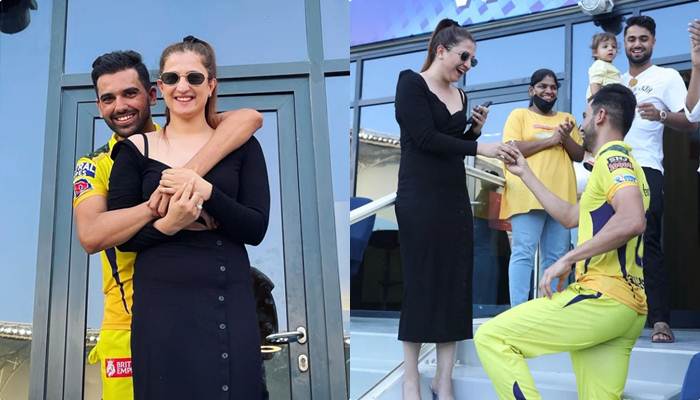 CSK might have lost the match but Chahar made sure the MS Dhoni-led side had something to cheer about as the bowler proposed to his girlfriend post the completion of the match.

Chahar’s girlfriend instantly said ‘YES’ and the couple shared a hug as everyone congratulated the duo.

Coming to the game, skipper KL Rahul led from the front as Punjab Kings (PBKS) kept their playoff hopes alive after defeating CSK by six wickets.

Rahul played a captain’s knock of 98* as PBKS chased the target of 135 in just 13 overs. With this emphatic win, PBKS improved their net run-rate, and now has a chance of making the top four. They need a big favour from RR though in the evening game, but the hope remains.

Only two other batters reached the double-figure mark for PBKS as Shardul Thakur scalped three wickets for Chennai and Deepak Chahar returned with one.