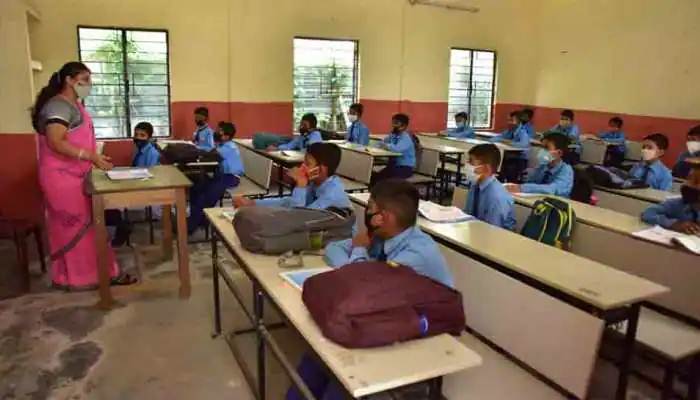 Pune : Schools in Maharashtra’s Pune resumed offline classes for standards 1-7 from Thursday. The students are being allowed only with the consent letter of their parents.

“Both online-offline classes are taking place. Children are allowed in classes only when parents are ready to send them with consent forms,” she added.

On November 30, the reopening of schools for Standard 1 to 7 was postponed till December 15 in view of the Omicron variant of COVID-19 spread in parts of the world, according to the Pune Municipal Corporation.

Earlier the state government had announced to reopen the schools from December 1, however, after Mumbai now Pune becomes the second municipal corporation in the state to postpone the reopening of schools.

The Omicron variant (B.1.1.529), a new variant of the coronavirus, was first reported in Botswana on November 11, 2021, and appeared on November 14 in South Africa. It has been declared a variant of concern by the World Health Organisation (WHO).