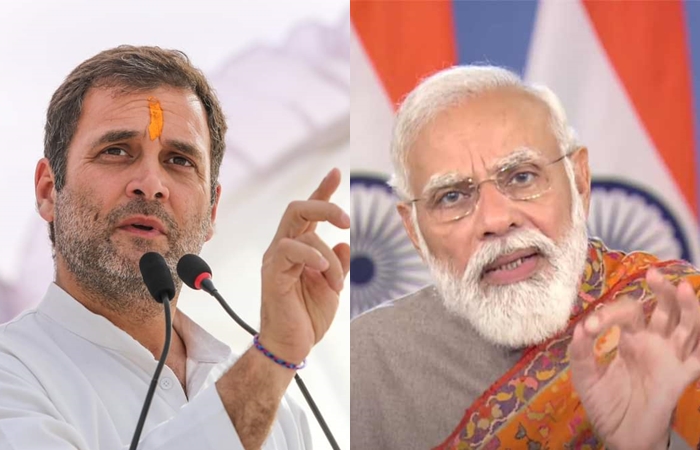 New Delhi : Congratulating the farmers of the country, shortly after Prime Minister Narendra Modi in his address to the nation announced the repeal of the

The Congress leader tweeted in Hindi, “With their satyagraha, annadata of the country made arrogance bow its head. Congratulations on this victory against injustice.”

The announcement of the repeal of the three farm laws comes ahead of the crucial Assembly elections in Punjab, Uttar Pradesh, Uttarakhand, Goa and Manipur scheduled to be held early next year.

Among these states, farmers from Punjab and Uttar Pradesh were protesting across Delhi’s borders for the past one year.

Farmers from Punjab, Haryana and UP had arrived at the Delhi border on November 26, 2020, demanding the repeal of three farm laws — The Farmers’ Produce Trade and Commerce (Promotion and Facilitation)

Centre to invest 64,000 cr in health sector over next 5 years