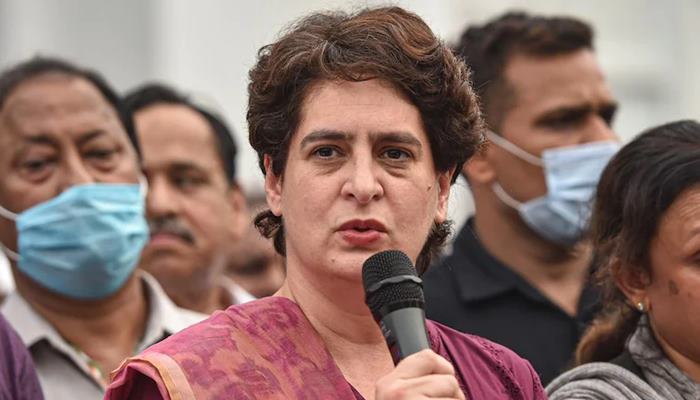 Vadra on Sunday alleged that the BJP-led Uttar Pradesh government has not yet declared the results of UPSSSC Mandi Parishad examinations held 2.5 years back and demanded the government to announce the same.

She further accused the Yogi Adityanath-led Uttar Pradesh government of harassing the youth of the state and alleged that the aspirants have been struggling due to the undeclared results.

“Chief Minister, 2.5 years have passed since the Mandi Parishad examination was conducted by UPSSSC and there are no traces of the results yet. Stop harassing the youth of UP.

Declare the results of the hardworking youths who have been struggling after giving the Mandi Parishad examination 2.5 years back,” said the Congress general secretary in-charge of Uttar Pradesh in a tweet today.

The examination was conducted in two shifts on August 24 at 2254 exam centres in all 75 districts in the state.