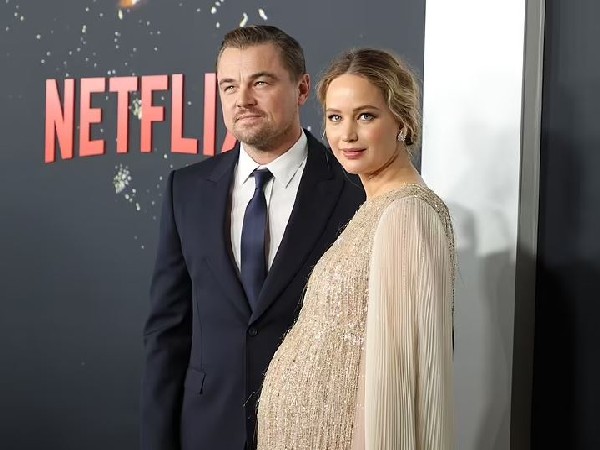 Washington : ‘She came, she saw and she conquered,’ is what the soon-mom-to be actor Jennifer Lawrence did at the ‘Don’t Look Up’ premiere in New York.

The Oscar winner made her red carpet debut with baby bump in a stunning gold gown alongside superstar Leonardo DiCaprio at the ‘Don’t Look Up’ premiere in New York on Sunday.

Going by the viral pictures all over social media, the ‘Red Sparrow’ star showcased her pregnancy glow as she dazzled in a glittering floor-length fringed gold gown at the gala event.

On the other hand, Leonardo also looked dapper as always in a black suit. According to People magazine, for the star-studded premiere, both Lawrence and Leonardo were without their respective partners Cooke Maroney and Camila Morrone.

Lawrence is currently expecting her first baby with her husband– art gallerist Cooke Maroney with whom she got married in October 2019.