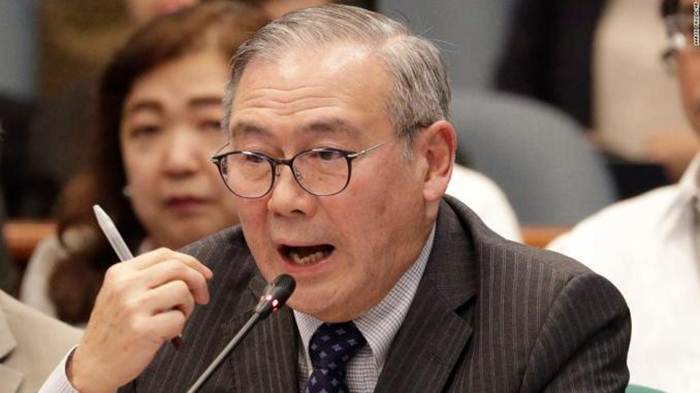 Manila [Philippines] : The Philippine foreign ministry has said that Chinese Coast Guard vessels fired water cannons at boats delivering supplies to Philippine military personnel in Ayungin Shoal in the disputed South China Sea and asked China to “back off”.

“Fortunately, no one was hurt; but our boats had to abort their resupply mission. I have conveyed in the strongest terms to H.E. Huang Xilian, Ambassador of China and to the Ministry of Foreign Affairs in Beijing our outrage, condemnation and protest of the incident,” it added.

The ministry said that Ayungin Shoal is part of the Kalayaan Island Group (KIG), which is an integral part of the Philippines, as well as Philippines’ exclusive economic zone and continental shelf, and over which the Philippines has sovereignty, sovereign rights and jurisdiction.

It also reminded China that a public vessel is covered by the Philippines-United States Mutual Defense Treaty,

“The acts of the Chinese Coast Guard vessels are illegal. China has no law enforcement rights in and around these areas. They must take heed and back off,” the foreign ministry tweeted.

“This failure to exercise self-restraint threatens the special relationship between the Philippines and China that President Rodrigo R Duterte and President Xi Jin Ping have worked hard to nurture,” the ministry said.

It also said that the Philippines will continue to provide supplies to “our troops in Ayungin Shoal (Second Thomas Shoal). We do not ask permission to do what we need to do in our territory.”

However, the Chinese embassy in Manila has not responded yet.

China claims sovereignty over vast swathes of the South China Sea, but Brunei, Malaysia, the Philippines, Taiwan and Vietnam also have lodged competing claims for some or all of the islands, according to CNN.