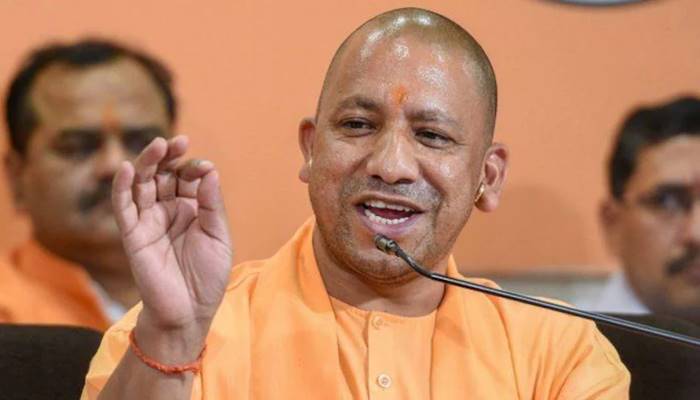 Lucknow – State Assembly polls in Uttar Pradesh are scheduled to be held earlier next year. On the backdrop of elections, Uttar Pradesh Chief Minister Yogi Adityanath on Sunday presented report card of the UP government.

CM Yogi addressing media persons said, the state where riots were a trend earlier, did not witness a single riot during the four and a half year tenure of the BJP-government.

The UP CM also said that the perception of the state across India has changed in the last four and a half years. Adityanath was speaking on the occasion of the completion of four-and-a-half years of the BJP government in Uttar Pradesh.

No riot during tenure of BJP-govt

he said: “To complete four and a half years tenure in a state like UP is very important in the view of security and good governance. Perception of the state has changed in the country. This is the same UP where riots had become a trend earlier. But in the last four and a half years, there was no riot.”

Dealt with criminals irrespective of their caste, place and religion

“We have dealt with criminals and mafias with strictness under the framework of law irrespective of their caste, place and religion. More than Rs 1,800 crores of government property were seized and the illegal encroachments of criminals were also demolished.”

Risen to number two in ‘Ease of Doing Business’

The Chief Minister also stated that Uttar Pradesh has risen to number two in the national ranking of ‘Ease of Doing Business’ in his tenure.

“In last four and a half s, we have given the house to 42 lakh poor. In case of a calamity, we try to give compensation to the affected in 24 hrs. We have provided over Rs 5 lakh crores through DBT to the people of the state. Over 4.5 lakh youths were given govt jobs through a transparent system,” he further said.

Opposition feared of being called communal

“Uttar Pradesh has presented its tradition by organising Deepotsav and Deep Deepawali in Ayodhya and Kashi, in front of the country and the world. The opposition never organised these festivals as they thought that they might be labelled as communal,” he added.

The state Assembly polls in Uttar Pradesh has been scheduled next year.