Nobody in Congress, including Rahul Gandhi, can challenge PM Modi: Natwar Singh 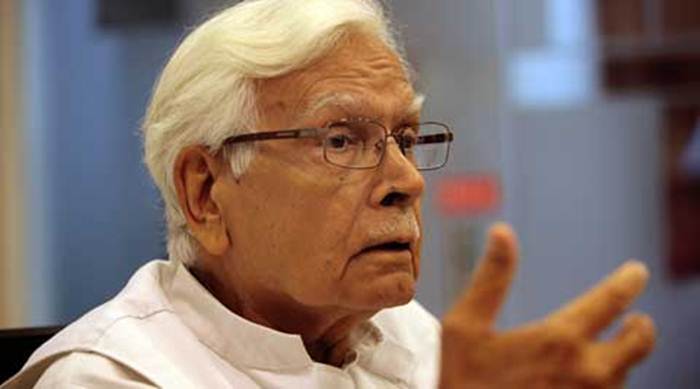 New Delhi : Senior leader Natwar Singh on Thursday said that there is nobody in Congress, including Rahul Gandhi, who can challenge Prime Minister Narendra Modi.

When asked if Rahul Gandhi can challenge the Prime Minister, Singh told ANI, “Do you think so? Will he be able to stand up before PM Modi? Hold a debate between PM Modi and Rahul Gandhi. You saw Gandhi’s interview with a tv channel. PM Modi is an orator. He is fearless and bold. He (Rahul Gandhi) can do nothing against him (PM Modi). There is nobody in Congress who can challenge Modi and take him on because he is a great orator.”

Singh, who was External Affairs Minister during the UPA government, also questioned the Congress leadership and blamed the Gandhi family behind the erosion of the party’s base across the country.

Speaking on Congress’ poll prospects in the five states, he said, “I don’t think so (if the party can defeat BJP). Had they taken a stand…but…their judgement is bad. They don’t have an advisor but think they are ‘Tees Maar Khan’.”

The former senior Congress leaders blamed Rahul Gandhi for the erosion of the support base of the party in the leader.

He said that Rahul Gandhi does not hold any designation in the party but continues to call the shots.

“Three people are responsible for the current crisis in the Congress party. One of them is Rahul Gandhi, who doesn’t even hold any post, and he is calling the shots,” Singh told ANI.

Singh’s criticism of the functioning of the Congress and Rahul Gandhi came amid crisis in Congress in three states – Punjab, Kerala and Chhattisgarh.