No political talk during Amarinder Singh’s meeting with Home Minister? 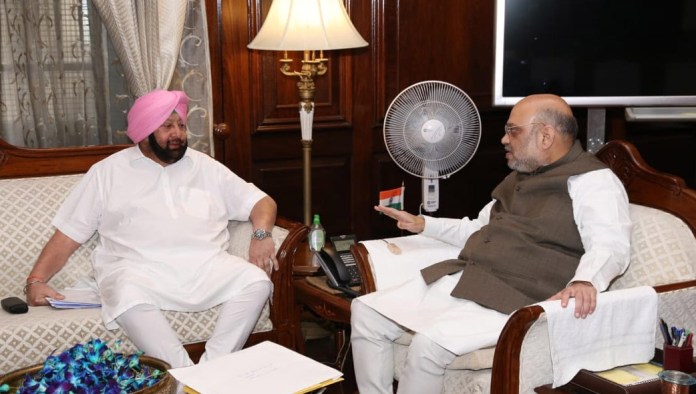 They have met earlier also?

“They have met earlier also. Senior leaders of parties can meet anytime. There was no political discussions today. Amarinder Singh talked only about farmers’ agitation and MSP,” he told.

Not going to meet any politician, says Captain Amarinder Singh as he arrives in Delhi

Gautam said that whenever a politician meets leaders from other political parties during election time, speculation does arise. Punjab is slated to go to the polls early next year.

“It is a very natural thing that speculation takes place during election time when any politician meets another political party. But BJP always welcomes a nationalist who cares for the nation and about protecting the culture and borders of the country,” he said.

BJP has always stuck to the principles?

BJP has always stuck to the principles and that the political journey as Jan Sangh in 1951. We always remained on the same principles since 1951 when we started. We had only three seats at that time, today we have 303 seats as a large number of people joined our party,” Gautam said.

The meeting took place amid efforts of the Bharatiya Janata Party (BJP) to make the contest in the forthcoming assembly polls in the statewide open. Amarinder Singh said he had urged Amit Shah to guarantee minimum support price to farmers and support Punjab in crop diversification.