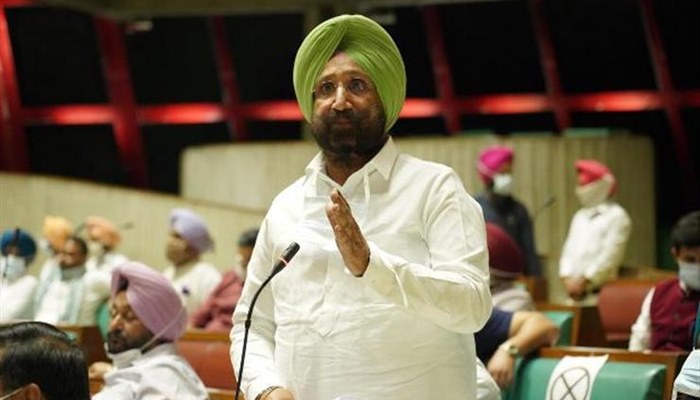 Chandigarh – Punjab Cabinet Minister Sukhjinder Singh Randhawa, whose name is being proposed by some Congress MLAs at the next Chief Minister of Punjab, said that the Congress High Command is yet to finalise a name for the top post in the state.

“Till now no name has been selected. The party observers have talked to all the MLA and asked for names. Now a consensus will be made and the name will be announced. Till it is announced, I will not react to anything,” Randhawa told reporters here.

However, when asked if his name is being proposed for the top post, the Congress leader said, “Congress is a party which follows whatever the High Command says. I will also follow whatever is leadership decision.”

According to some Punjab Congress MLAs, Randhawa, who was the minister of jail and department of cooperation of Punjab in the outgoing Amarinder cabinet, is the frontrunner for the post of Chief Minister.

“I have come to meet him (Sukhjinder Singh Randhawa), official information (on CM’s name) will be announced by people who have come from Delhi through a presser,” said Congress leader Kaka Randeep Singh

“He will become the Chief Minister,” said Kotbhai.

Earlier, sources said the All India Congress Committee (AICC) has proposed the name of Sukhjinder Randhawa for the chief ministerial post.

Randhawa, who had served as Vice President of the state Congress and a general secretary, was re-elected MLA from Dera Baba Nanak assembly constituency in 2017.

Earlier this year, he along with Punjab Congress president Navjot Singh Sidhu had targeted his own government over alleged failure to fulfil the promises made in the run-up to the 2017 polls.

Prior to Randhawa, sources said, Congress MP and senior leader Ambika Soni was offered the post of Punjab Chief Minister by the party high command, who refused to accept the offer.

A veteran Congress leader and a Gandhi loyalist, Soni has refused the offer citing health issues.

On Saturday, after Congress MLAs passed a resolution allowing Sonia Gandhi to name Captain Amarinder Singh’s successor, sources have indicated that there is a possibility of appointing two Deputy Chief Ministers along with the Chief Minister.

There will be two deputy Chief Ministers – Sources

These development came months before the 2022 Punjab Assembly elections.