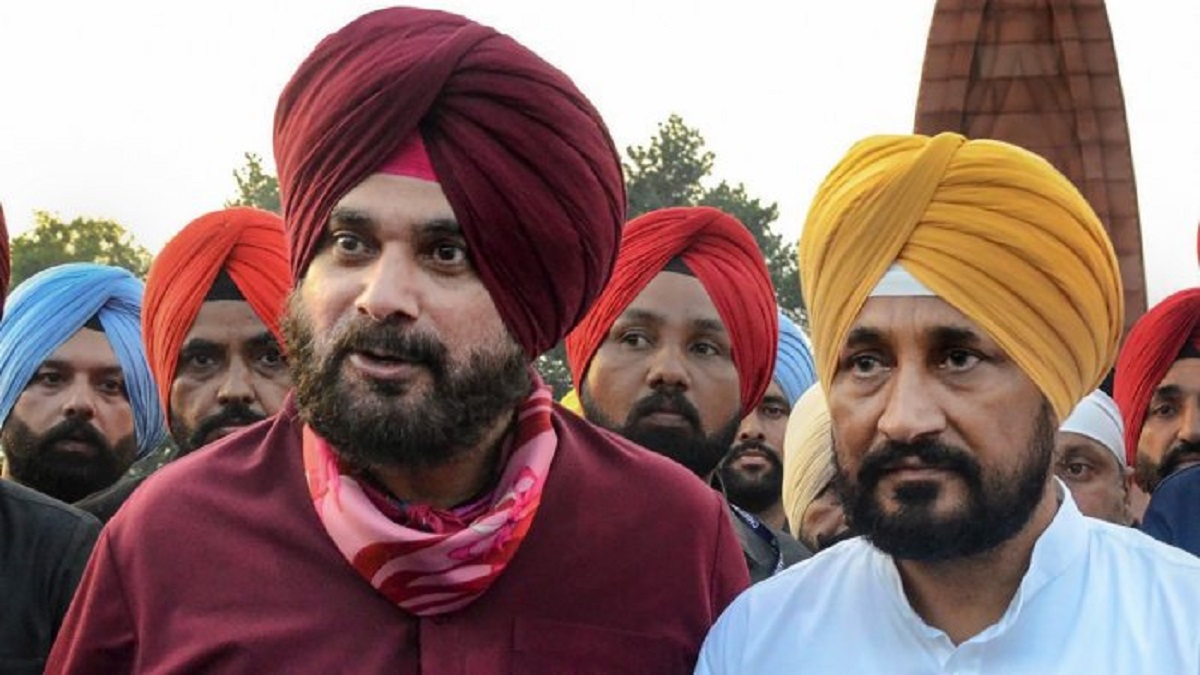 Chandigarh : Referring to the recent freebies announced by Punjab Chief Minister Charanjit Singh Channi, state Congress chief Navjot Singh Sidhu on Tuesday attacked politicians who offer “lollipops” just ahead of polls and said that Punjab’s welfare comes from a roadmap and not by tactics, reflecting that infighting still persists in the state Congress unit.

His attack against his own government in Punjab after the chief minister announced 11 per cent hike in dearness allowance for state government employees and slashed power rates by Rs 3 per unit for the domestic sector.

“Give people ‘lollipops’ in the last two months. Question is from where they will (government) give it? Is the objective just to form government by telling lies and making false promises? Way of Punjab’s welfare comes from a roadmap,” Sidhu said while addressing an event organised by the newly formed Sanyukt Hindu Mahasabha in Chandigarh on Monday.

Issuing a piece of advice to the politicians and various political parties to not indulge in tactics of luring voters by announcing freebies, he simultaneously urged people to vote on the agenda that aims at the development of the state. He further went on to slam the state government claiming a debt of Rs 5 lakh crore.

“There has been a debt of Rs 5 lakh crore on Punjab. If people think this debt will be repaid by the government, they are mistaken. The burden will be borne by the people. If treasury is overflowing, why do they not increase the salary of teachers to Rs 50,000 per month?” he asked.

While addressing the gathering, he also projected himself as the chief ministerial candidate for the state, asking the high command to pick a ‘real leader’ from the ‘soil.’

“Decisions will be taken in this court. Don’t think that Guru doesn’t do justice. He assays. By doing that he changed governments…Real workers are like jewels in sand, put them in Punjab’s crown. In the end, I say Main Hoon Na (I am there),” he said.

Sidhu had tendered his resignation as Punjab Congress chief on September 28. He was reportedly upset over the bureaucratic setup and his commands not being followed after Cabinet expansion in Punjab. But his resignation was not accepted by the party.

Sidhu’s resignation as state party chief has intensified the crisis in the Punjab Congress as a minister and three Congress leaders, considered close to him, stepped down from their posts.