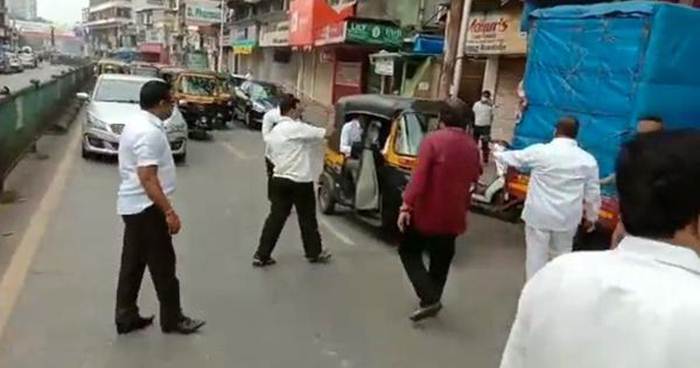 Thane (Maharashtra) : A case has been registered against five Shiv Sena workers, who were protesting against the Lakhimpur Kheri violence, for allegedly beating auto-rickshaw drivers in Thane for plying during Maharashtra Bandh.

The Maha Vikas Aghadi government in Maharashtra called for bandh for a day in the state on Monday against the Lakhimpur Kheri violence which happened on October 3.

According to a video that went viral, the party workers can be seen beating up auto-rickshaw drivers with sticks and forcing them to go off-road in Thane.

The police have registered a case under Sections 143 (Unlawful assembly), 188 (Disobedience to order duly promulgated by public servant), 323 (Voluntarily causing hurt), 506 (criminal intimidation), 504 (intentionally insulting), and 37 (Co-operation by doing one of several acts constituting an offence).