Lives of 700 farmers could have been saved, if decision to repeal farm laws taken earlier, says Delhi CM Kejriwal 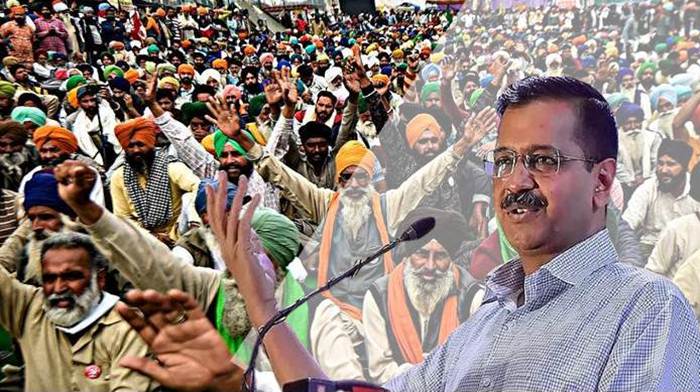 New Delhi  : Delhi Chief Minister Arvind Kejriwal on Friday said that the lives of 700 farmers could have been saved, had the farm laws been repealed sooner after the Prime Minister announced the decision to repeal three Central farm laws.

This is the first time in India’s history that the government is taking back three laws due to agitation, the Aam Admi Party leader added.

“I congratulate all farmers in the country. Their agitation yielded results. Had this been done sooner lives of 700 farmers could’ve been saved. Still, this is big. Perhaps for the first time in India’s history, Government is taking back 3 laws due to agitation,” Kejriwal told the mediapersons during his visit at Gurdwara Rakab Ganj on the occasion of Guru Nanak Jayanti.

“Today, on the occasion of Guru Nanak Jayanti, we got happy news relating to farm laws,” he added.

In a major move, Prime Minister Narendra Modi on Friday announced the repealing of the three Central farm laws.

In his address to the nation, PM Modi said, “Today I want to tell everyone that we have decided to repeal all three farm laws.”

The PM further announced that the constitutional measures to repeal the laws will begin in the Winter session of Parliament which is likely to commence from November 29.

Farmers have been protesting the government’s three farm laws since had passed the Farmer’s Produce Trade and Commerce (Promotion and Facilitation) Bill, 2020, and the Farmers (Empowerment and Protection) Agreement of Price Assurance and Farm Services Bill, 2020.