Kriti Sanon, Rajkummar Rao’s ‘Hum Do Hamare Do’ teaser out

Entertainment
By Digital Desk On Oct 6, 2021 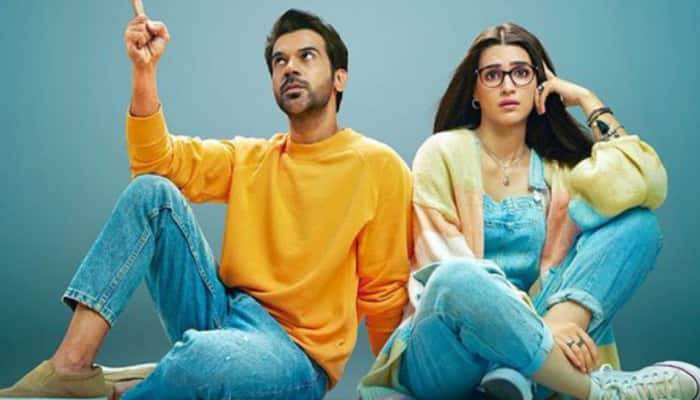 Mumbai (Maharashtra) : The first teaser of Bollywood actors Rajkummar Rao and Kriti Sanon’s upcoming outing ‘Hum Do Hamare Do’ is out and it looks quite entertaining and intriguing, promising a ‘familywaali’ Diwali.

Kriti took to her Instagram account to share the teaser of the movie, which is set to release soon on Disney+ Hotstar.
“Yeh Diwali…Familywaali! Presenting the teaser of #HumDoHamareDo. Streaming soon on @disneyplushotstar #DisneyPlusHotstarMultiplex,” Kriti wrote.

The teaser sees a nervous Rajkummar Rao waiting for Kriti Sanon’s character to show up, and within a few seconds, Kriti enters the frame. She then tells Rajkummar’s character that they should settle the subject. Going by Paresh Rawal’s voiceover in the promo, the young couple is keen to adopt parents.

What follows is a hilarious journey as our leading man may be forced to “adopt” a brand new set of parents. We also catch glimpses of the inimitable Paresh Rawal as well as the delightful Ratna Pathak Shah.

‘Hum Do Hamare Do’ has been directed by Abhishek Jain and bankrolled by Maddock Films.

A day ago, Rajkummar and Kriti had shared a poster from the upcoming movie with the same caption that read, “Hero Kya Karega?”

This is not Kriti and Rajkummar’s first project together, the duo has previously collaborated on the hit film ‘Bareilly Ki Barfi’, which also starred Seema Pahwa, Pankaj Tripathi and Ayushmann Khurrana.