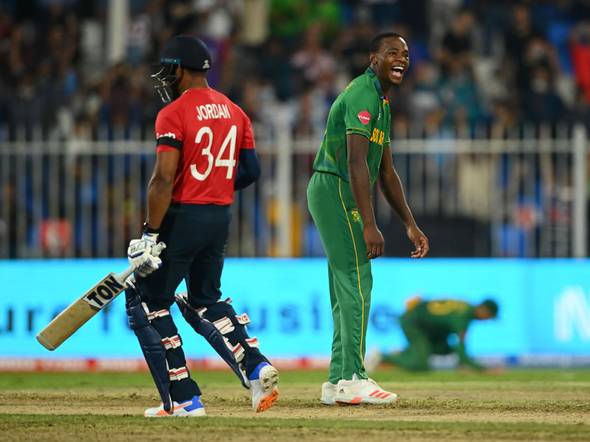 Sharjah [UAE] : South Africa pacer Kagiso Rabada on Saturday became the fourth cricketer to take a hat-trick in the T20 World Cup. Rabada achieved the feat against England in the ongoing T20 World Cup on Saturday.

The South African pacer dismissed Chris Woakes, Eoin Morgan and Chris Jordan as England batters looked for boundaries since the side needed 14 runs in the last over.

However, South Africa failed to qualify for the semi-finals despite the win as England and Australia moved to the knockouts on Saturday.